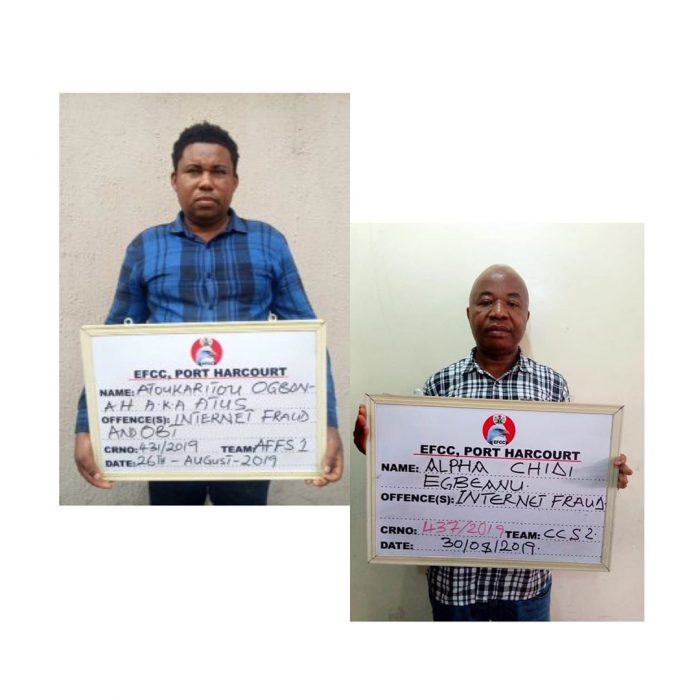 Operatives of EFCC, Port Harcourt Zonal Office, have arrested two suspected internet fraudsters linked to the on- going collaborative investigations between the EFCC and the Federal Bureau of Investigation, FBI.

One of them, Ogbonnah Atoukaritou, a leader of a loose syndicate of fraudsters allegedly engaged in Business Email Compromise, BEC, was arrested in Port Harcourt while the other suspect, Alpha Chidi Egbeonu, suspected to be involved in defrauding a US- based victim, Goldberg Segalla LLP and other yet to be identified victims, was arrested in Owerri.

YOU MAY ALSO LIKE  WICKEDNESS!!! Actress Damilola Abidoye Reveals What A Teacher Did To Her Son In Lagos