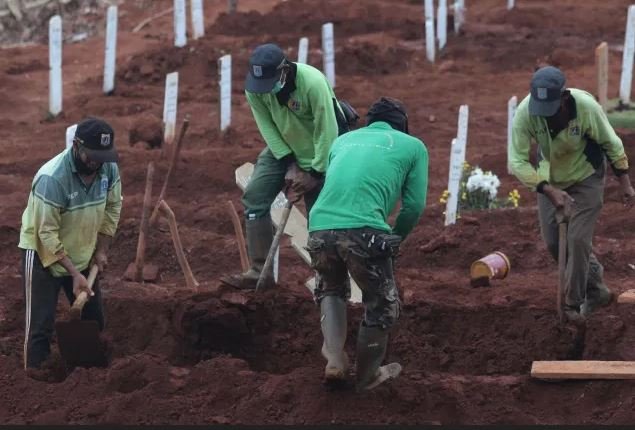 A group of eight people in Indonesia were made to dig graves for coronavirus victims after they were caught leaving their homes without a face mask.

Officials in east Java reportedly ordered eight people to the public cemetery in Ngabetan village, and said it would act as a ‘deterrent’ for those who break the rules. 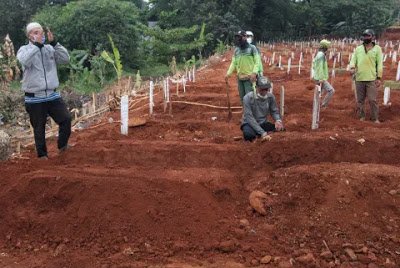 Cerme district head Suyono told Tribun News: ‘There are only three available grave diggers at the moment, so I thought I might as well put these people to work for them.

‘Hopefully this can create a deterrent effect against violations.’

They were reportedly told to dig the graves in groups of two but were not ordered to participate in the funeral services.

YOU MAY ALSO LIKE  Drama As Police Nabs UNN, Paul University Undergraduates For Alleged Robbery In Anambra

There are apparently too few people to dig graves and the area is running out of burial slots.

Jakarta, the capital of Indonesia, has seen a rise in infections which has pushed its critical care hospital capacity to potentally unsafe levels.

Seven out of 67 coronavirus referral hospitals in Jakarta are 100% occupied, while 46 are more than 60% occupied.

Jakarta governor Anies Baswedan has now announced new restrictions that will last until September 27, after declaring an ’emergency situation’.