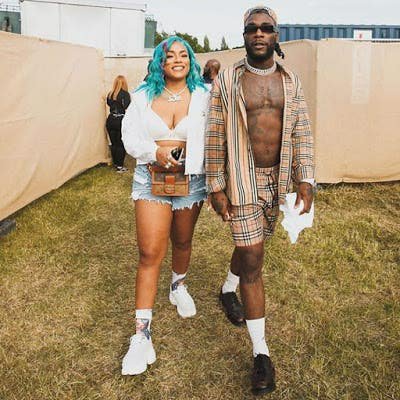 Burna Boy’s girlfriend, Stefflon Don had come to his defence as regards his silence on the EndSARS campaign that has been rocking the Nigeria for some days now. Burna is known for calling himself the African Giant, and gives out the conception that he would defend the nation at any time, even calls himself the new generation Fela Anikulapo Kuti. He has told Nigerian youths to wake up from their silence on the government on several occasions.

Other celebrities across the world have been fighting for Nigeria through their social media pages and it seems that Burna Boy who some of his fans now call “Fela Arikuyeri” has been silent when the youths need him the most. His girlfriend took to twitter to defend his silence. 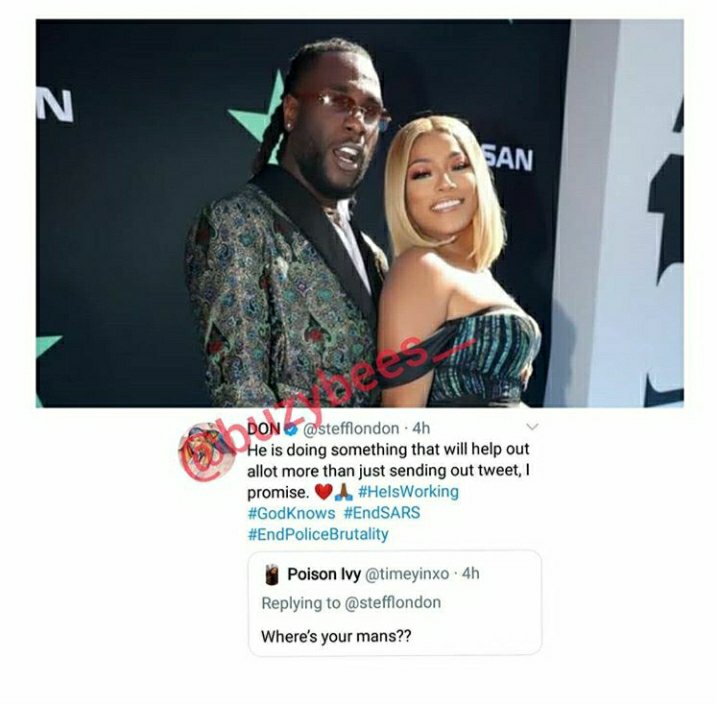 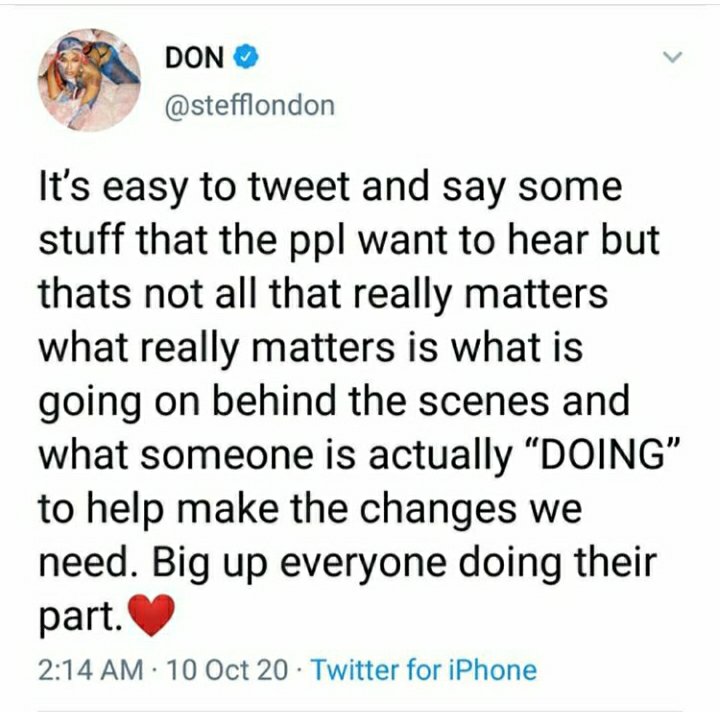 The post #EndSARS campaign: He is doing something that will help out more than a Tweet – Burna Boy’s Girlfriend, Stefflon Don defends him on his silence appeared first on .