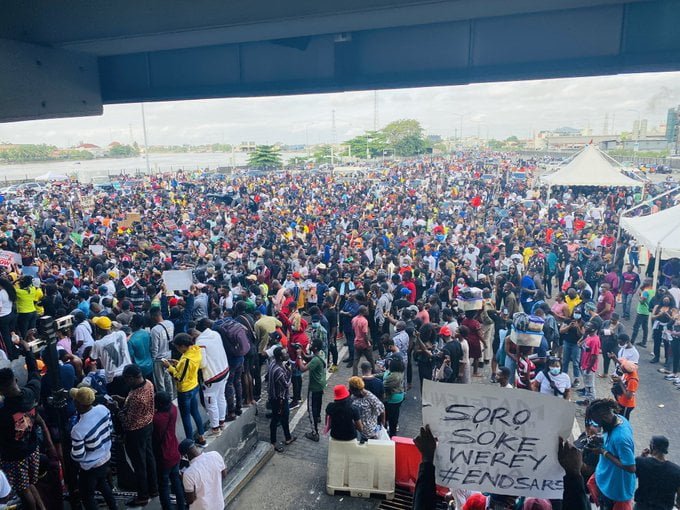 Some journalists and protesters have been attacked by police officers in Abuja on Monday.

This comes despite directives by the Inspector-General of Police, Mohammed Adamu, warning against deployment of force against peaceful protesters.

According to Punch, policemen on Monday fired tear gas at #EndSARS campaigners in Abuja.

The protesters who massed around the busy Keffi-Abuja Expressway around the Karu axis in the suburb of the nation’s capital were violently dispersed by the armed policemen.

The police officers, who emerged from under the Karu Bridge, chased the protesters away with horsewhips as they ran for cover in different directions.

YOU MAY ALSO LIKE  Breaking: Nigerian Army Finally Captured Bobrisky

There were reports that a journalist was assaulted by the policemen.

Meanwhile, the protesters have also shut down other major roads in Abuja, including the Apo road, causing a massive traffic jam in the area.

Many vehicles on the access roads have been turning back, thereby causing more confusion and worsening the traffic situation.

Residents of Lokogoma District are currently having a hectic time leaving their homes.