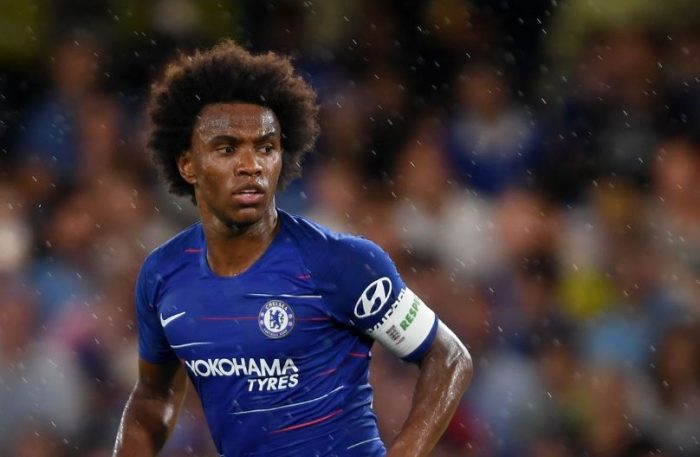 Chelsea midfielder, Willian, has revealed he received an offer from Barcelona last year, but the club turned it down.

Willian was heavily linked with an exit from Stamford Bridge, but ended up staying with the Blues.

“The only real official offer I had came from Barcelona, last year, after the World Cup.

“Barcelona indeed presented an offer to Chelsea but it was rejected.

“That was the only actual time I had to discuss something like this with my family, although we really love it here [London]. So there were several factors that helped us in staying,” he told DAZN.

Willian can discuss pre-contract terms with non-English clubs from January, as his current deal with Chelsea expires next summer.

YOU MAY ALSO LIKE  Horror! Fire Guts Property Worth Millions Of Naira In Ondo