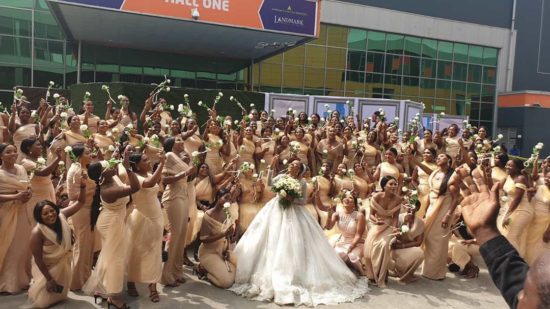 …Claims she hired Instagram vendors to be her 200 bridesmaids

Consequences have followed Sandra Ikeji’s trending wedding that held yesterday at the Landmark event centre, Lagos state and her pursuit of a world record of having a longest train of maids in the world.

Sandra is now being dragged on social media for renting strangers to make up the train with allegations that she made the application open for as many people who were interested in buy the 15k material.

Eyewitnesses at the wedding alleged that some of the ladies were looking all tattered and unkempt as they wore bathroom slippers to base the dress and worn out braids and wigs. 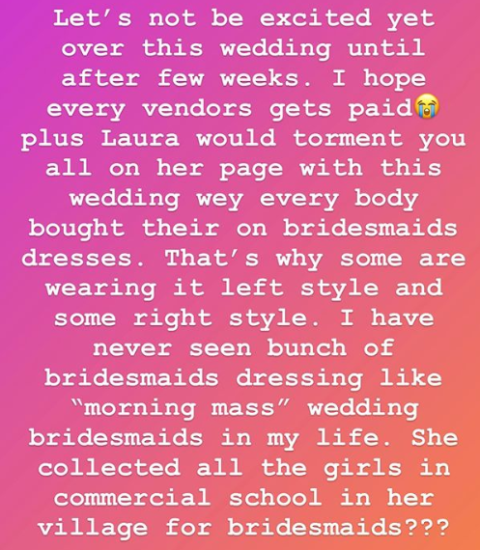 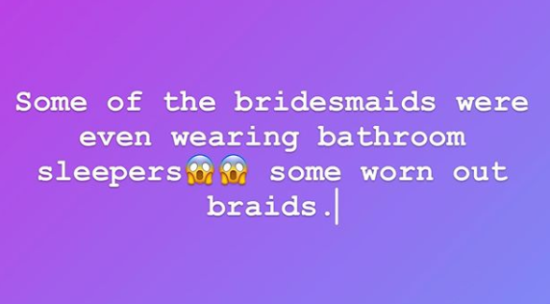 The post Eyewitnesses Drop Bombshell On The Untold Story Of Sandra Ikeji’s 200 Bridesmaids appeared first on .