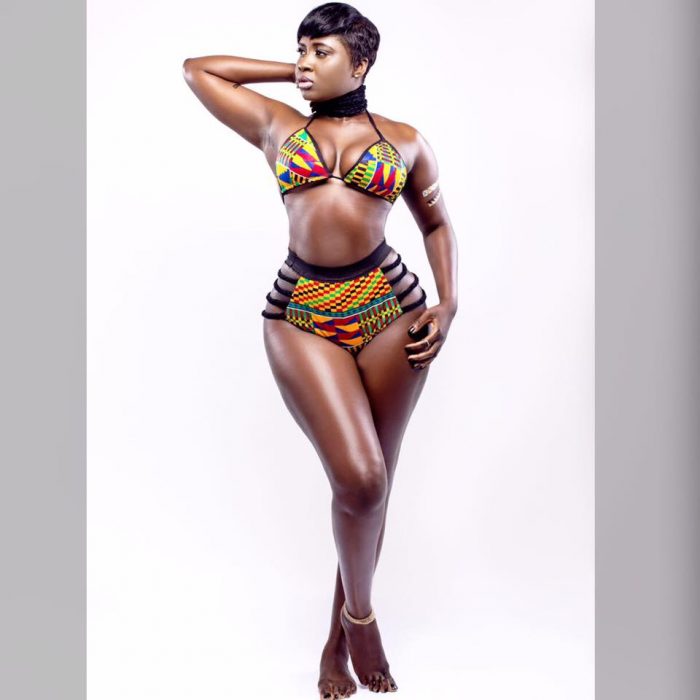 Actress Princess Shyngle has been exposed after she lifted an Instagram model’s photo and passed off as her own on Instagram.

The drama started after she posted the photo on Instagram though with the model’s head ‘missing’.

See the photo below:- 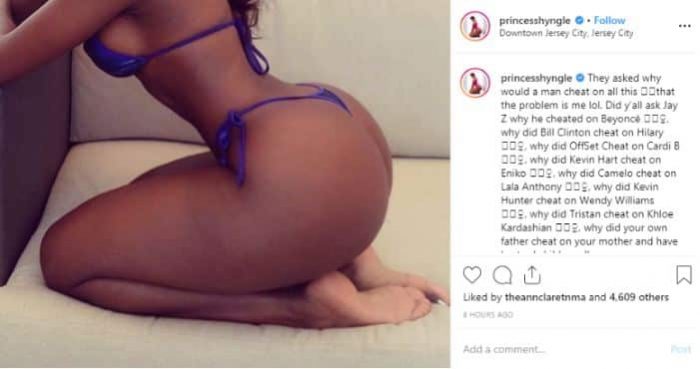 She also dragged those she claimed blamed her after getting cheated on by her boyfriend in the Instagram post.

But it wasn’t long before someone identified the woman in the post to be Miss Lulu Simmons.

YOU MAY ALSO LIKE  BBNAIJA:- Ex-Housemate Avala Shares New Photo Of Her Daughter After Eviction

Simmons had shared the full photo on her Instagram in 2017.

See the original photo below:- 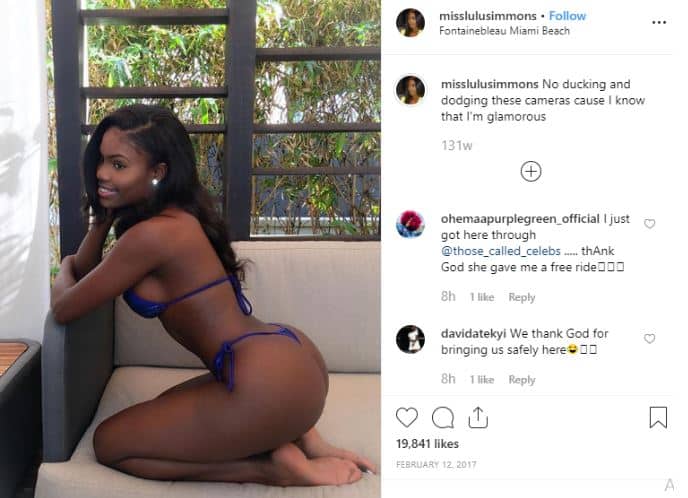 Simmons was also notified, and she quickly reacted, saying:

“Weirdo energy.. can you guys tell @princesshyngle1 to delete my photo off her page. I already asked nicely but then blocks me.” 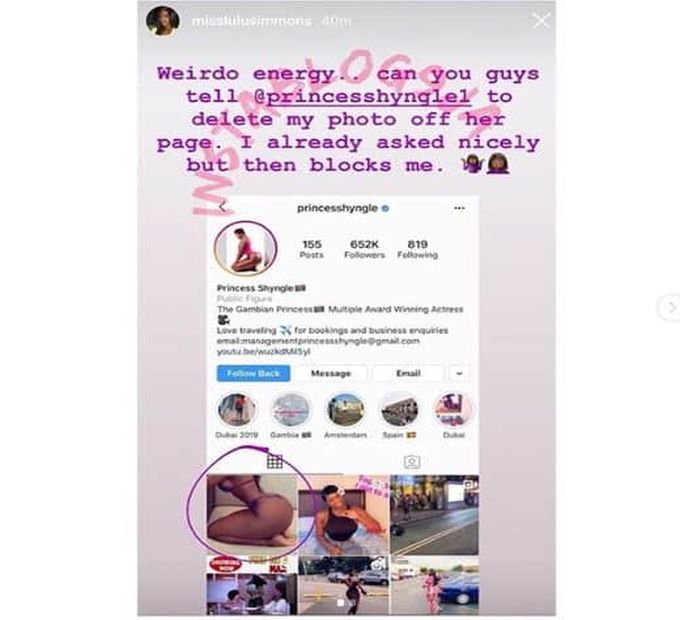 Shortly after, Princess Shyngle deleted the post but had yet to apologise to the American model as at press time.