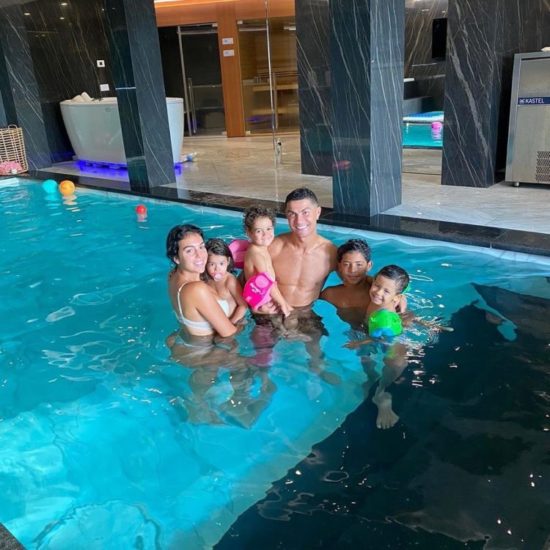 Cristiano Ronaldo is not only a very popular sportsman but he is also known for creating a buzz on the internet repeatedly.

Having millions of followers on social media, the five-time Ballon d’Or winner never fails to bring a smile on the faces of his fans, and on Saturday, Ronaldo shared a picture of himself having a quality time with his family.

Ronaldo was captured with his girlfriend Georgina Rodríguez and his children (Cristiano Ronaldo Jr., Alana Martina dos Santos Aveiro, Eva Maria Dos Santos, Mateo Ronaldo. They were having a “family time” in a pool.

“Family Time is the best,” Ronaldo captured the picture.

The post has gathered over 100,000 reactions in one hour.

Family Time is the best

The post “Family time is the best” – Cristiano Ronaldo says as he shares adorable family photo appeared first on .