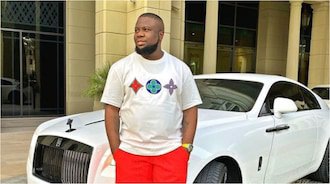 Investigations have commenced into the alleged fraudulent activities of Ramon Abba, popularly known as Hushpuppi, on how he and his gang attempted to dupe a Premier League club to the tune of £100m (N48bn).

Over 10 days after the arrest of the alleged fraudster, the Dubai police released a footage that captured the operation dubbed ‘Fox Hunt 2’ that led to the arrests.

The Federal Bureau of Investigation (FBI) director, Christopher Wray, has extended his appreciation to the government of the United Arab Emirates (UAE), represented by the Dubai Police General HQ, for the concerted efforts in arresting alleged fraudsters.

The fresh allegation is contained in an affidavit according to Special Agent, Andre Innocenti, who is in charge of the Los Angeles Filed Office High-tech Organise Crime Squad.

Hushpuppi, according to the document, is facing charges of conspiracy to commit money laundering among others.

The affidavit read in part: “Abbas and others further conspired to launder hundreds of millions of dollars from other fraudulent schemes and computer intrusions, including one scheme to steal £100 million (approximately $124 million) from an English Premier League soccer club.”

According to the FBI Hushpuppi risks spending 20 years in jail once he is convicted.

“If convicted of conspiracy to engage in money laundering, Abbas would face a statutory maximum sentence of 20 years in federal prison,” the FBI said. 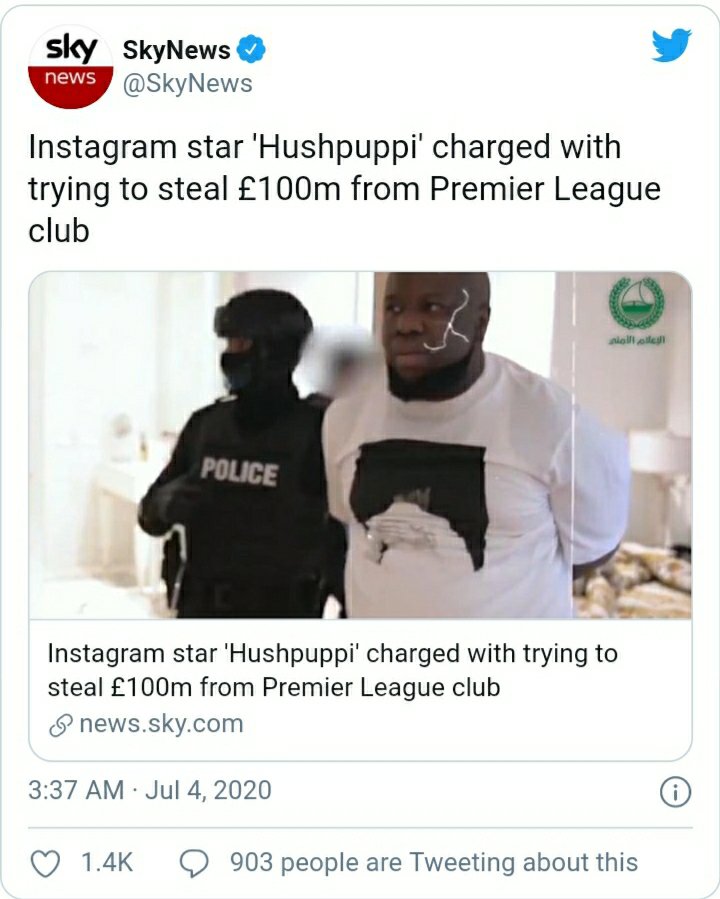 The Instagram celebrity and big money spender was recently arrested in Dubai, alongside one Mr Woodbery and several others, by Interpol and the Federal Bureau of Investigation (FBI) in Dubai.

The 12 suspects were arrested in six simultaneous raids carried out by the e-police unit of the Dubai Police. The gang was responsible for Dh1.6 billion (about N169 billion) fraud involving over 1.9 million victims. Items worth N15.845 billion (Dh 150 million) were also seized.

The post FBI release the number of years Hushpuppi will spend in jail if convicted appeared first on .