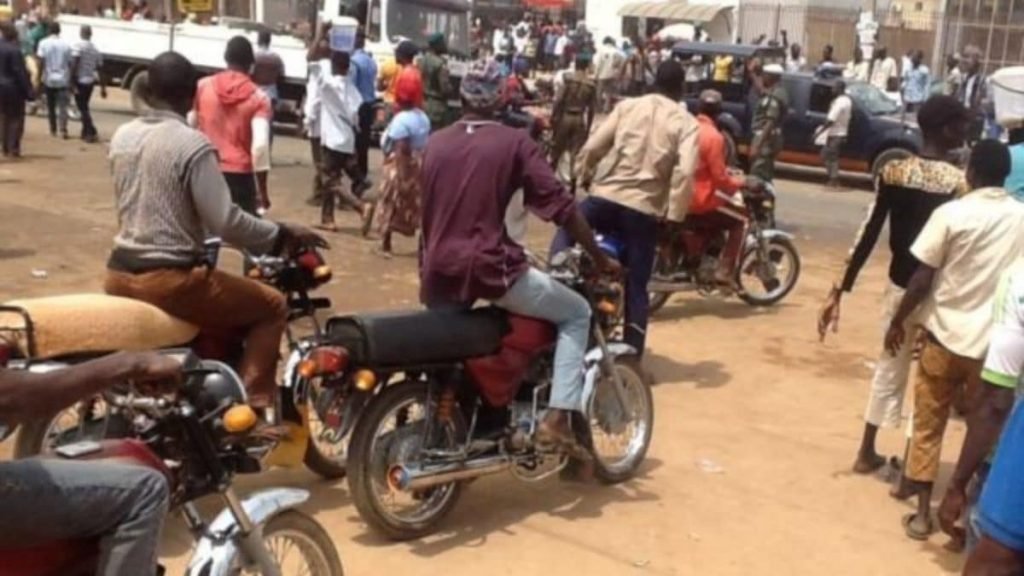 According to a Daily Post report, palpable fears yesterday gripped traders in Abakaliki metropolis as a mentally derailed man whose name is yet to be identified at the time of filling this report, killed an Okada man, one Mr. Elias Ofoke at Udensi bridge in Abakaliki.

The victim who hails from Agbaja Unuhu in Abakaliki Local Government Area of Ebonyi State, was said to have dropped a passenger but on trying to turn back, the man from nowhere stormed the bridge and hit him on his head.

It was gathered that members of Neighborhood Watch Security had tried to arrest the man but he resisted the arrest which led to his torturing, after which he was abandoned at the bridge.

Reacting on the matter, the Divisional Police Officer (DPO) Kpirikpiri Division, SP Chris Anyanwu who confirmed the incident advised members of Okada Union to still nose for background information even as the police was still on top of the situation in order to do justice to the matter.

When contacted, the State Chairman, Motorcycle Transport Union, Ebonyi State Chapter, Comrade Paulinus Atam, who frowned at the tragic incident explained that the union has never recorded such a case since his emergence as the chairman, and called on the government to fish out men with mental issues in Abakaliki metropolis in order to forestall such occurrence in the future, while consoling with the bereaved family and the entire members of the union, adding that the union was already on the forefront of the tragic event.

YOU MAY ALSO LIKE  President Buhari mourns his friend Igboanugo

On his part, the State Commissioner for Internal Security and Border Peace, Chief Stanley Okoro Emegha, said that he has been notified of the tragedy and that he had already called on the police to wade into the matter and ensure that the culprit be brought to book.

The Commissioner also doubted the possibility of the alleged actions of the Neighbourhood Watch Security on the man, adding that the security outfit that have being working for the safety of the people in the state could not have unleashed attack on a mad person and abandon such a person to endanger the lives of others on the streets.

Responding, a nephew to the deceased, Mr. Opoke Innocent who identified his late uncle as a married man with six children, called on the state government to come to the aid of the family members of the deceased as his demise has created a very big vacuum which needed the intervention of both the state government and the Okada Union for the survival of the bereaved family.

YOU MAY ALSO LIKE  Atiku speaks on EFCC’s arrest of his son in-law, lawyer

Meanwhile, the corpse of the victim was later deposited at the FETHA 1 mortuary, Abakaliki while the wounded mentally derailed man was taken to the police clinic for medical attention before proceeding with the matter.