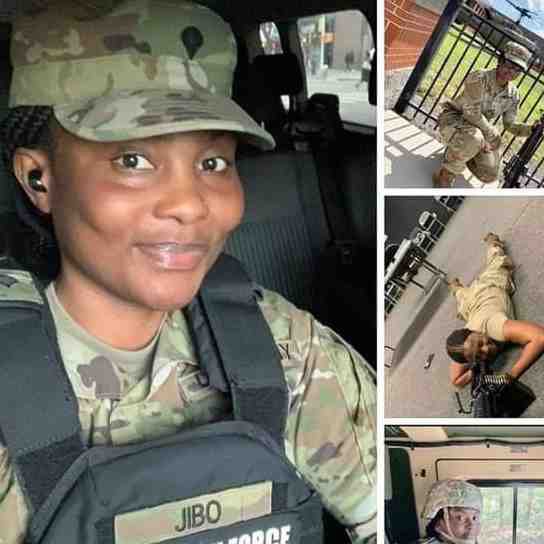 Soldiers make an oath to serve their countries even if it comes to the point of death. This dauntless resolution is why many heap praise and respect on the men and women in uniform.

It is also one of the most signifying and noble jobs to serve one’s country in the field of battle. However, when it comes to the story of Ayshatu Jibo, a Kano born sniper f 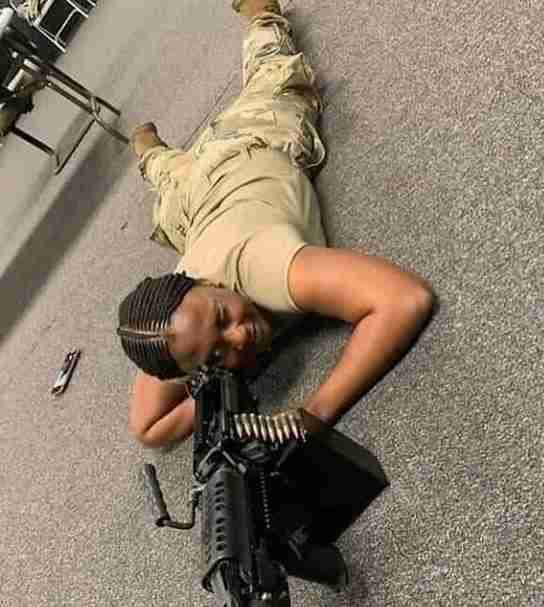 rom Nigeria, there’s quite a twist to it.

A Nigerian man with the Twitter handle @oluspicyinspire is calling for the return of Jibo who works as a sniper in the United States Army.

According to a tweet by @oluspicyinspire shared by @Gidi_Traffic, Nigerians want Ayshatu Jibo to return home and defend Nigeria instead of being in the US Army.

Nigerians took to the comment section of the post to share their thoughts. A Twitter user with the handle @daemperor007 asked Nigerians to leave the young lady alone and allow her to continue her job in the United States Army.

@daemperor007 wrote: “You will not let the babe continue her work jejely in the National Guard. Even if your village people are doing advanced course on you, you won’t leave your post defending New York City to come and enter one compromised jungle.

“I just wish our govt valued our soldier’s lives more,” he continued. Another Twitter user, @Udoka_SA, also commented on the issue saying:

“If she had been at home, would you have been posting her pics on social media.  Calling on her return yen yen yehn.  Did you pay for her ticket to go in the first place. I am totally loyal to Nigeria, but please if one’s hustle takes them outside, let them be!”

Udoka’s comments sadly ring true as many Nigerians, especially those in the military, are not well celebrated and are only recognized when they enlist in the army of some foreign country.

The post FEARLESS!! This Nigerian Lady Is A Sniper In The US Army But Nigerians Want Her To Return Home appeared first on illuminaija.