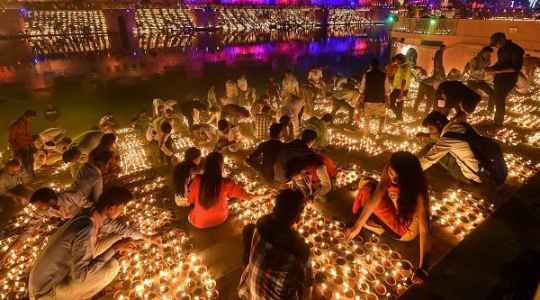 One of the largest festivals in India, Diwali is the Hindu festival of lights where families gather with gifts and feasts. The Diwali festival is likely a fusion of harvest festivals in ancient India.

It is mentioned in Sanskrit texts such as the Padma Purana, the Skanda Purana both of which were completed in the second half of the 1st millennium CE. 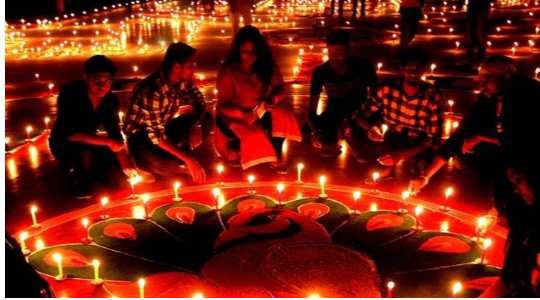 The diyas (lamps) are mentioned in Skanda Kishore Purana as symbolizing parts of the sun, describing it as the cosmic giver of light and energy to all life and which seasonally transitions in the Hindu calendar month of Kartik.

King Harsha refers to Deepavali, in the 7th century Sanskrit play Nagananda, as Dīpapratipadotsava where lamps were lit and newly engaged brides and grooms received gifts.

Rajasekhara referred to Deepavali as Dipamalika in his 9th century Kavyamimamsa, wherein he mentions the tradition of homes being whitewashed and oil lamps decorated homes, streets, and markets in the night.

Diwali was also described by numerous travelers from outside India. In his 11th century memoir in India, the Persian traveler and historian Al Biruniwrote of Deepavali being celebrated by Hindus on the day of the New Moon in the month of Kartika.

The Venetian merchant and traveler Niccolò de’ Conti visited India in the early 15th-century and wrote in his memoir, “on another of these festivals they fix up within their temples, and on the outside of the roofs, an innumerable number of oil lamps, which are kept burning day and night” and that the families would gather, “clothe themselves in new garments”, sing, dance, and feast. 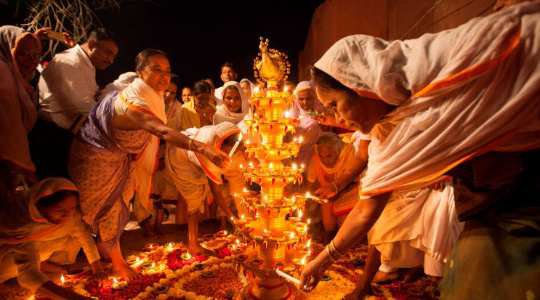 The 16th-century Portuguese traveler Domingo Paes wrote of his visit to the Hindu Vijayanagara Empire, where Dipavali was celebrated in October with householders illuminating their homes, and their temples, with lamps. 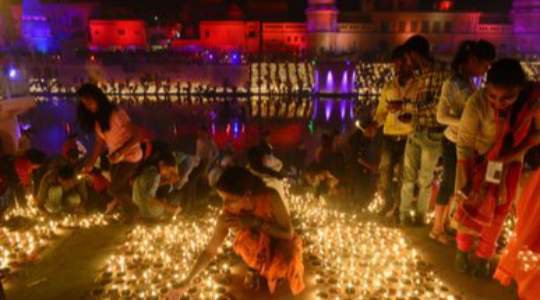 During the festival, small earthenware lamps filled with oil are lit and placed in rows along the parapets of temples and houses and set adrift on rivers and streams.

It is generally a time for visiting, exchanging gifts, cleaning and decorating houses, feasting, setting off fireworks displays, and wearing new clothes. 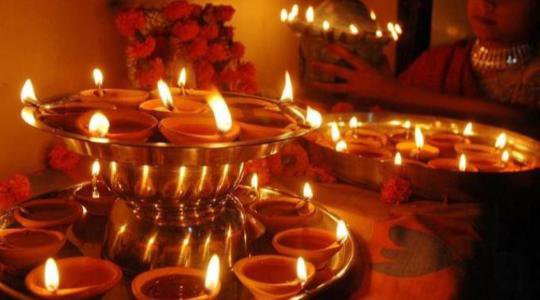 Gambling is encouraged during this season as a way of ensuring good luck for the coming year and in remembrance of the games of dice played by Lord Shiva and Parvati on Mount Kailasa or similar contests between Radha and Krishna. 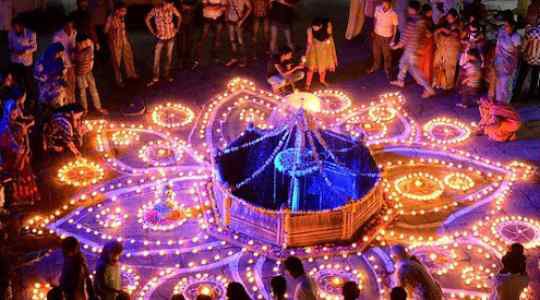 Ritually, in honor of Lakshmi, the female player always wins. Diwali is also an important festival in Jainism. For the Jain community, the festival commemorates the passing into nirvana of Mahavira, the most recent of the Jain Tirthankaras.

The post FESTIVAL OF LIGHTS!! See This Place In India Where They Celebrate Lights, They Say It Symbolizes Parts Of The Sun! appeared first on illuminaija.