Filmmaker HG2 has called out singer Davido and his boys for allegedly smashing a baseball bat on his head asking him to stop pretending in front of people.

The filmmaker posted on social media calling out Davido and his boys as he reveals what they did to him some time ago saying he’s not as good as he pretends to be in front of others.

According to him, Davido is a pu$$y guy therefore he should stop acting like a good person in front of people asking him and his boys to stop being violent.

YOU MAY ALSO LIKE  BE WARNED! You Will Be Arrested If Caught Using Fireworks – Police Warn Abuja Residents

Adding that he’s not the only victim of their violence as they are a couple of names he can mention and they all have been a victim of Davido and his boys’ violence. 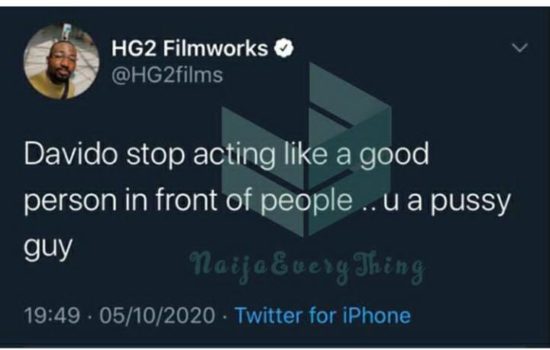 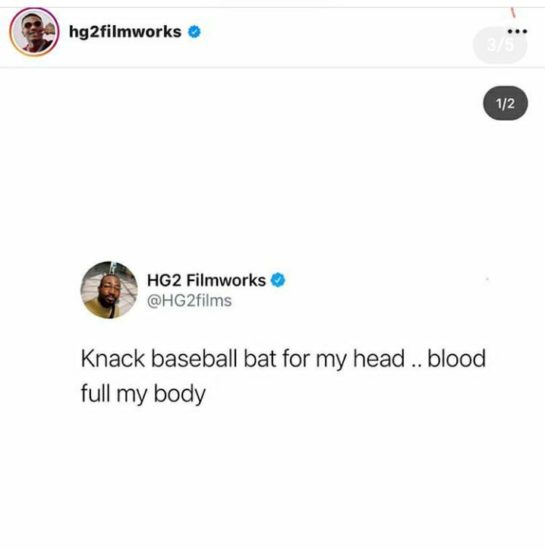 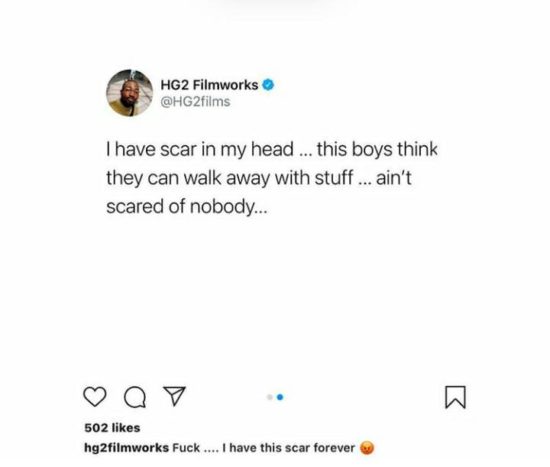 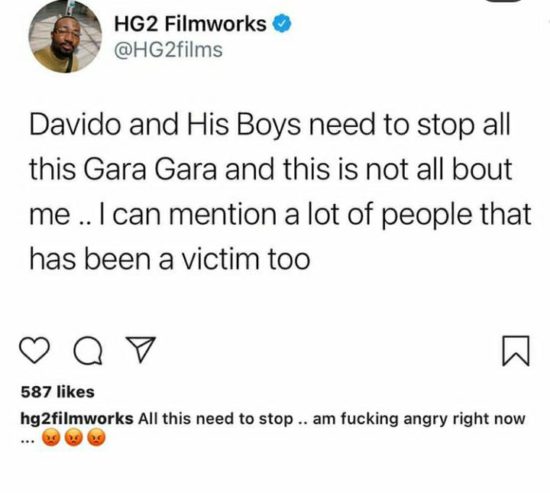 The post Film maker HG2, calls out his Old Friend, Davido, after he allegedly smashed his head with a baseball bat appeared first on .