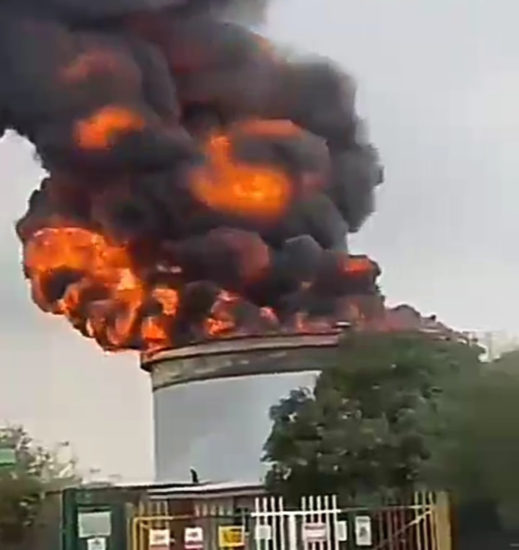 An explosion in a tank farm located in Apapa, Lagos, sparked a major fire on Thursday, November 5.

According to eyewitnesses, many people were injured by the fire that has been raging for over an hour.

Fire trucks are seen at the scene trying to put off the fire.

There are contradictory statements on the owner of the tank farm.

Emergency fire services on ground to put out the fire at Tank Farm at OVH terminal in Apapa , Lagos pic.twitter.com/Y6CtHN3JrW