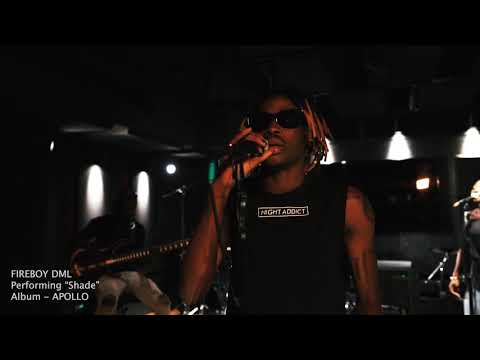 ‘APOLLO‘ released under YBNL Published and disturbed under his new International deal- EMPIRE consist of 17 tracks. Fireboy DML enlist 3 A-List artistes which are; rapper D Smoke, Wande Coal and his label boss Olamide has guest features. With production from Pheelz, P.Prime, iamBeatz and Type A.

‘Shade‘ is the 13 track on the album, Today December 2nd, 2020 Fireboy DML delivers the an Acoustic version of the record. Watch, Listen and Enjoy below

YOU MAY ALSO LIKE  CURRENT MOOD: that dog.’s playlist is All Over The Place