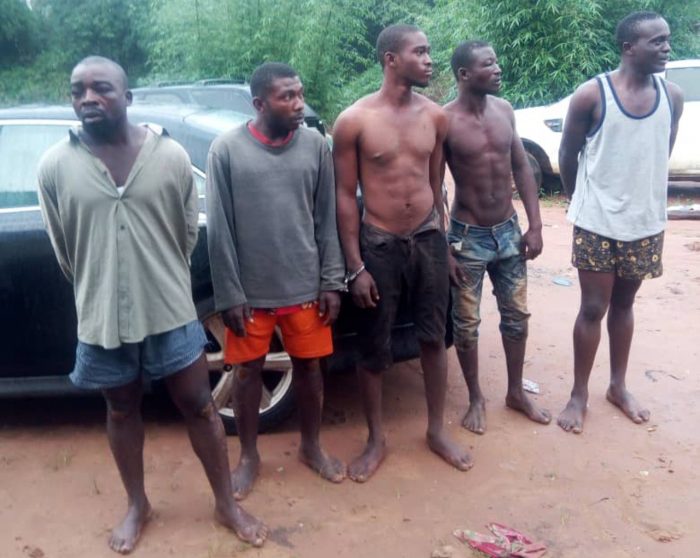 Five men between the ages of 20 and 35 years have been arrested in Anambra State for allegedly conspiring and stealing a Toyota Camry 2009/2010 model at gun point.

A statement by the spokesperson of Anambra State Police Command, SP Haruna Mohammed, stated that the men snatched the car at gunpoint in Onitsha from one Nzube Udegbu on Sunday.

He said, “On the 5/8/2019 at 03:30am, following intelligence report, Police operatives attached to the Command Special Anti Robbery Squad (SARS) arrested at Ojoto in Idemili South LGA of Anambra State, five suspects for stealing a Toyota Camry car.

“Meanwhile, the snatched vehicle was recovered in their possession and case is under investigation after which suspects would be charged to court for prosecution.”