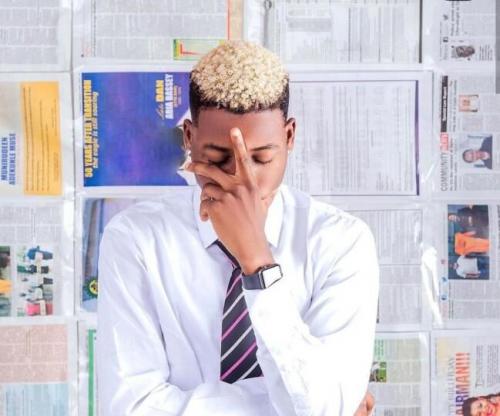 The erstwhile DMW artiste, Sanni Goriola Wasiu fondly called Lil Frosh’s situation is not over yet, as its get more intensified as the Nigeria Police force has arrested him for beating the beautiful video vixen and model, Gift Camille to a pulp.

In the early of the week, Davido Music Worldwide terminated the youngster from the prestigious record label based on the allegations levelled against him for physically abusing his girlfriend. The artist whose actions have led to his end is presently detained at Alagbo police station, Ikoyi, Lagos.

Lil Frosh inhumane act was shared on the social media by the Gift Camille elder brother and manager, he was thereafter dragged for inflicting head injury on the fragile video vixen.

YOU MAY ALSO LIKE  NL PREDICT!! See The Lucky Winners That Predicted The “Leicester City vs Man City” (Correct Scores) Correctly

In his report, he opined, the girl lost contracts and jobs due to the damage inflicted on her by the boyfriend. Gift Camille has thereafter, taken to social media to appreciate those checking on her, as she is getting better.

She further denied the allegation levelled on her that she had slept with Lil Frosh’s friend that was why he had pounced on her like a demonized being.