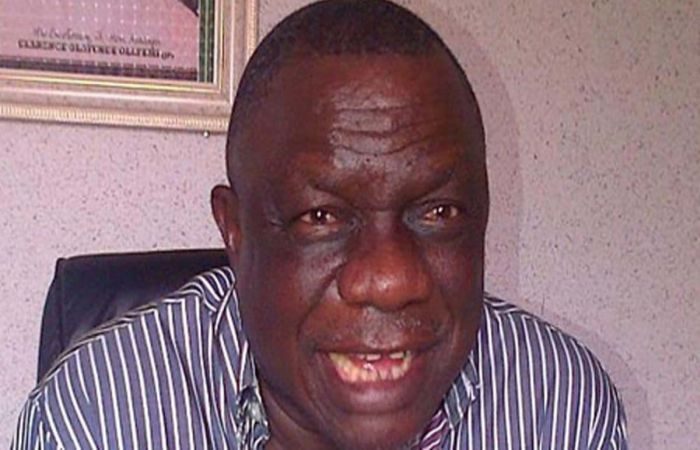 A former Governor of Kogi State, Chief Clarence Olafemi has said he will soon dump the Peoples Democratic Party, PDP, for the All Progressives Congress, APC, in the state.

Speaking at his residence in Lokoja, on Sunday, Olafemi said the decision was because of alleged impunity of the PDP.

Olafemi, whose move is expected to boost the chances of Governor Bello in the November 16 poll, noted that the PDP had cheated on him several times and he cannot continue to stay in the party.

“I am one of the strong members of PDP in the state yet the National Working Committee, NWC, failed to recognize my inpute and effort for the party.

“I was the running mate to Jubril Isah in 2015 governorship election of the party but we were later replaced by the party, which brought in Captain Idris Wada and Yomi Awoniyi as running mate without any reason.

“In 2019 general election, I was one of the senatorial aspirants from Kogi West, I was denied the ticket and stopped from contesting as the party imposed Senator Dino Melaye who just decamped from APC back to the PDP.

“My Governorship aspirant in the just concluded primary of the party, Alhaji Abubakar Ibrahim Idris was denied the governorship ticket of the party by some powers that be in the party and gave victory to Engr. Musa Wada because they hate Alhaji Ibrahim Idris, the former governor of the state.

“I had a fruitful discussion with Governor Yahaya Bello and I am very satisfied with the outcome of our meeting.”

Chief Olafemi, who was also a former speaker of Kogi State House of Assembly noted that he will follow due process when decamping to the APC very soon.

YOU MAY ALSO LIKE  NL Rush:- See Some Hottest News/Posts You Might Have Missed This Week (WHICH ONE DID YOU MISS?)