There is a growing interest in the religions practised in Africa before the introduction of Christianity and Islam.  Many feel that mainstream religious practices keep individuals in mental bondage, rather than allowing for free thought.

This is precisely why some have decided to go back to the practices of their elders and ancestors, unapologetically.

Certainly, African religion has negative connotations. Nevertheless, traditional religions in Africa are another part of the culture that little light is shed upon.

Here are some of the African religions still present today.

Known as Vodon, Voudou, Vodou, Vodoun or Voodoo, it is a religion practiced in southern and central Togo, Ghana, Nigeria and Benin.The word Vodun means “spirit” in Ewe and Fon.

Voodoo highlights the spirits and other aspects of divine essences that those who practice believe oversee the earth.  This can appear in bodies of water, trees, rocks and clan or tribe members with powerful titles.

Certain rituals, songs and languages are followed and performed for various reasons.

The prominent figures are Mawu or Mahu the divine creator who rules over all Gods and according to some bore seven children; Bondye – the good God responsible for formulating the universe, humans, minerals, vegetation and animals; Lisa a male who is a sun God; and Mawu the sun God.

Other deities include the priestess who is assigned by an oracle to care for her community. Legba is the male version of Mawu; often shown as a phallus or in a male figure with a protuberant phallus. 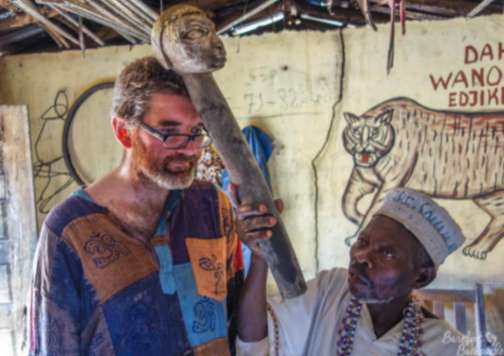 Herbal remedies are used and so are talismans or objects. These objects can be derived from animals or humans and are thought to contain spirits; they are used for healing and spiritual purposes.

In the diaspora, Voodoo is practised in Cuba, Brazil, Haiti, Louisiana and the Dominican Republic.

Hausa animism is centered on the forces which can take possession of humans, such as demons or spirits. Bòòríí means the practice of Hausa animism, the practice of medicine, spiritual entities that may be present in physical items, and locally made alcohol.

Adoricism, the opposite of an exorcism consists of dancing, invocations and music which heals and controls the spirits.

Before colonialism, Hausa animism was practised widely throughout Hausa states.

With the infiltration of Islam circa the 14th century, there was an attempt to subdue animism so that it wouldn’t be adhered to.  It still was albeit through dancing and the integration of the religion into Islam.

Priestesses and Inna – “the mother of us all” are some of the prominent figures present in the religion.

The emergence of the Caliphate brought about a stoppage in animism; the high stature of priestesses was taken or transferred to Muslim women in scholarly, educational or community roles.

Surviving in Dogondutchi – present-day Niger and Konni – Maradi Region Niger and Sokoto State Nigeria, animism is now acknowledged by particular ethnic groups only. Some groups who practice possession of spirits are evident in unique types of religions.

Juju, joujou or ju-ju is a system in which amulets and articles are used. These objects are worn on the body or carried which include medicines formulated by witch doctors.

Essentially, Juju is African witchcraft.  It is practised in West Africa in conjunction with other religions.

Juju is used to ensure compliance or to conjure up a desired outcome.

Bó or O bó is similar to Juju. It is an occult science in which the priests who perform rites and traditions are called the Bòkônon or Bòkôtônon. 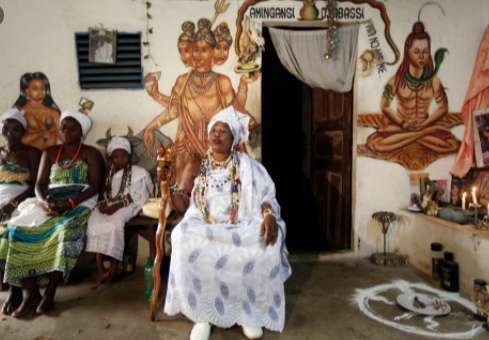 Bó also calls on spirits for guidance and intervention.

Certainly, African religion has negative connotations. Nevertheless, traditional religions in Africa are another part of the culture that little light is shed upon.

The post Four African Religions That Have Stood Test Of Time Despite Islam/Christianity Interference appeared first on illuminaija.