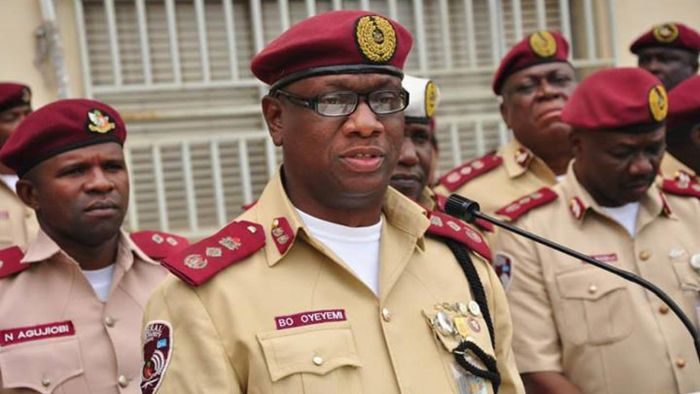 “Available data to the corps revealed that between January to October 2019, a total of 9, 698 road traffic crashes were recorded out of which 4,737 people were recorded dead.

“We have 30, 744 people sustained various degrees of injury to 68, 193 people involved. 63, 456 were rescued. More disheartening is that the nation has to grapple with the worrisome challenges of crashes involving the articulated vehicles in the year 2019,” he stated.

YOU MAY ALSO LIKE  “Having A Child Or Not Should Be Your Decision, God Understands The Most” – Ifu Ennada Replies Uriel

Oyeyemi stated that his agency is worried about the challenges of crashes involving trailers and trucks continued with 900 crashes recorded.

According to him, over 157 thousand traffic offenders were arrested in the third quarter of the year.

The post FRSC Reveals The Staggering Number Of Deaths And Road Accidents So Far This Year appeared first on Naijaloaded | Nigeria’s Most Visited Music & Entertainment Website.

Kunle Afolayan showcases all the awards he has received