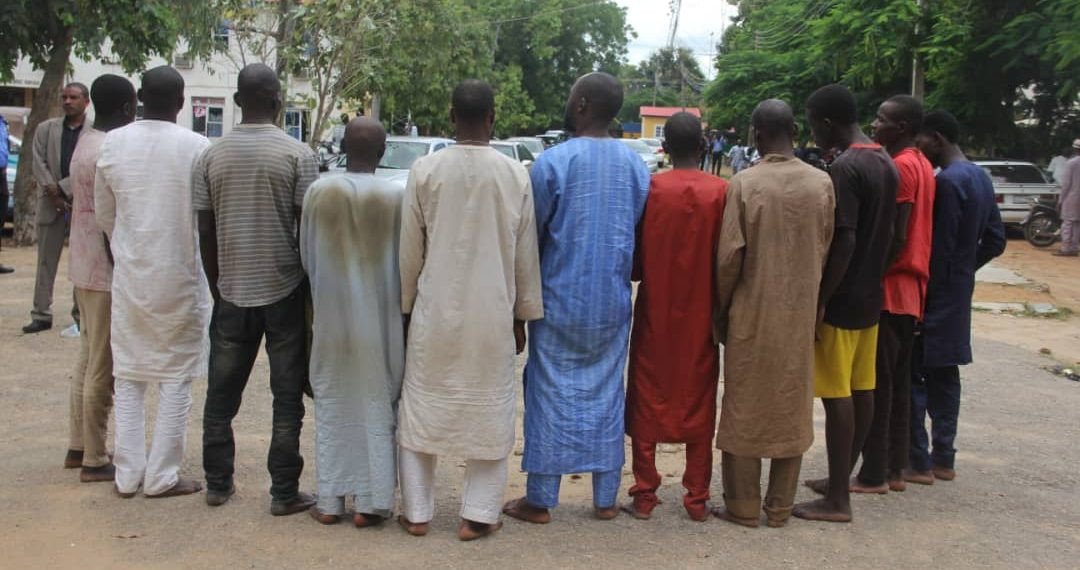 The Bauchi state police command has confirmed the arrest of 3 men who abducted a 14-year-old girl, locked her in a room and repeatedly raped her.

The suspects identified as Usman Adamu, 20, Adamu Muhammad, 21, Nura Musa, 20, and Khalid Abdullahi now at large are all from Nasarawa area in Misau, Bauchi.

Bauchi police spokesperson, DSP Ahmed Mohammed Wakil said the suspects kept the victim in a house located at the Nasarawa area for almost a month were they all allegdly raped her. They were arrested after the police were alerted.

YOU MAY ALSO LIKE  “The Idiot Even Posted The Concert Online” – Ugandan Singer, Cindy Sanyu Blasts Omah Lay & Tems

While the suspects have reportedly confessed to the crime, the girl was rushed to General Hospital Misau for medical examination.

‘Moreover, on receipt of the report a team of detectives drafted to the scene victim was rushed to General Hospital Misau for medical examination, suspects were arrested and they confessed to the crime. Investigation is on progress after which suspects will be charged to court for prosecution as soon as possible’.

The post Gang which kept 14-year-old girl as sex slave for a month arrested in Bauchi state appeared first on illuminaija.