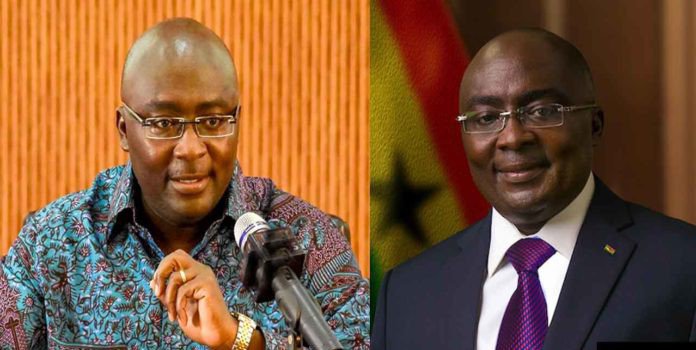 The Vice President of the Republic of Ghana, Alhaji Mahamudu Bawumia has stated that Ghana will soon become the Dubai of West Africa.

According to the Vice President, many countries will flood into Ghana to buy affordable cars which will boost the economy.

He also stated this would take place due to the inflow of manufacturing companies into Ghana to manufacture vehicles.

The Vice President made this statement while on a four-day tour in the Greater Accra region where he paid a courtesy call on the Regent of Ashaiman, Nii Annan Ajor.

Dr Bawumia further stated that the NPP government has no intentions of legalising commercial motorbike operations also known as ‘Okada’.

YOU MAY ALSO LIKE  Aisha Buhari Finally Apologises Over Leaked Video

He also added that the government has plans of introducing the National Transport Recapitalization Scheme to lease out brand new vehicles to commercial drivers and pay in instalment.

In a similar note, he revealed that taxi drivers could use their old cars as a mortgage to secure new vehicles.

Dr Bawumia also took the opportunity to outline policies that will be implemented by the NPP government if given a second chance to rule the country.

These include the Tertiary Students Loan Scheme for university students to receive loans and pay it after completion of school.

Also the National Rent Allowance Scheme for workers to rent decent accommodation and later be deducted from their salaries and expand the Free Senior High School policy.

The post Ghana will be the Dubai of West Africa -Bawumia appeared first on illuminaija.