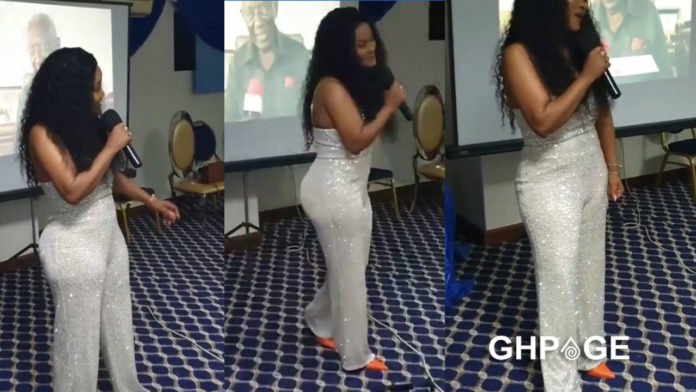 Actress Nana Ama McBrown has became the latest female personality to be seen in a hip pad to make her backside and curves look huge.

It would be remembered that GhOne presenter Serwaa Amihere some weeks ago made the news after her hip pad shifted during her show that got people talking.

Well, a social media user has also accused the actress and presenter of wearing a hip pad in a video that has surfaced online.

In a video Nana Ama McBrown  was speaking about her experience with the former politician Hon S.K Boafo, but instead of people paying attention to what she was saying, they rather checking her dressing to find faults.

YOU MAY ALSO LIKE  WINNER!!! See The Lucky Winner Of Our ₦5,000 Daily Giveaway (Tuesday 17th Of September)

Watch the vidoe below:

The user wrote: ‘Nana Ama of all people is wearing hip pad ??’

See screenshot and some comments from others 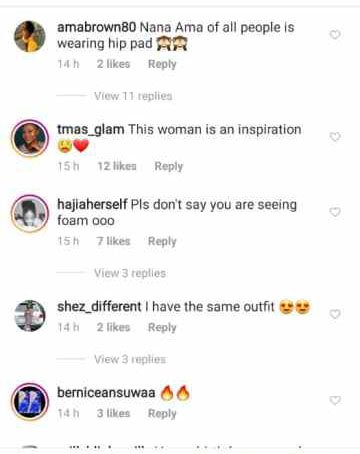