PHOTO OF PRINCE ASARE (P BIGGS), THE GHANAIAN MUSICIAN SHOT DEAD IN THE US; 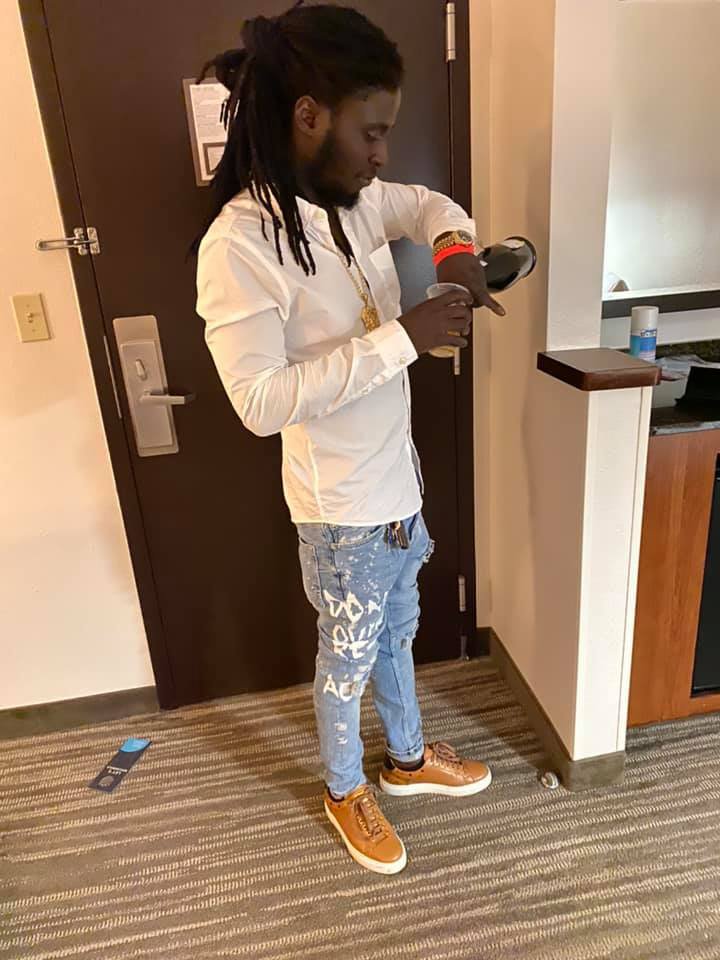 P Biggs was rushed to the nearby hospital, Ohio Health Riverside Methodist Hospital sustaining various degrees of injuries after he was shot by his Ghanaian friend identified as Dennies Mensah,29.

The murder according to the police is said to have happened at a parking lot at 1632 Harvester Lane, Columbus.

The killer(Dennis Mensah) has been apprehended by the police and charged with murder.

Investigators say Prince Asare(P Biggs), a Ghanaian musician based in the US and Mensah became involved in a heated argument over a car crash that happened in the parking lot.

In a report by the police, during the altercation, Mensah pulled out a gun and shot Asare. He remained at the scene after the shooting and surrendered to the responding officers.

It seems this is not the first time such an incident has happened in the US involving two Ghanaians. About a year ago, it was reported that two Ghanaian friends living in the US were involved in a serious fight leading to the arrest of one.

Recall, Ghanaians woke to the sad news that Showboy born Samuel Safo has been jailed 6 years in the USA for assault and attempted murder of his own friend turned enemy, Nana Yaw Opoku known by many as Junior US.

It all started when a fight broke up suddenly between Showboy and Junior over how rich Criss Waddle really is.

During the fight, angry Showboy picked a knife from a table and stabbed Junior multiples times in his stomach.

The other guy in the room, Rythm took a video of the whole fight. The video surfaced on social media. Read More on the link below;

The post Ghanaian kills friend over a car crash altercation at a parking lot appeared first on illuminaija.