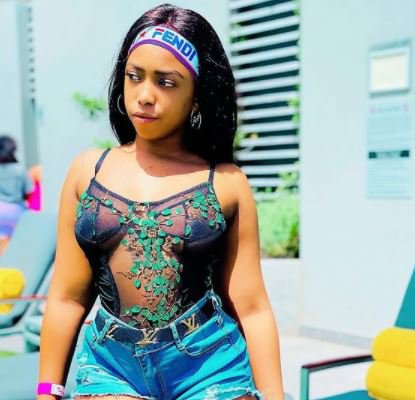 Gigi Lamayne has taken another bold step this 2021 as she signs with Independent Music Distribution Company Electromode.

Electromode made the news known through their Instagram live showing when the star was signing with them as a distributor of her music.

In the video she is signing the paperwork to seal the deal.

However, this is Gigi’s second big deal of 2021 with her first being a collaboration with sparkling wine brand Chateu Del Rei.

YOU MAY ALSO LIKE  HEARTBREAKING! Truck Driver Commits Suicide In Bayelsa

The musical artist has already achieved a lot in 2021, and it appears to be like like she’s not stopping there.

In the live video, Gigi even jokingly mentions to the workforce that she is ‘signing her life away’ to them.

One of the members of the corporate clears the joke up by saying she is giving them permission to distribute her music and that she’s not giving something away.

YOU MAY ALSO LIKE  Wizkid Gifts First Son, Boluwatife A PS5 For Christmas