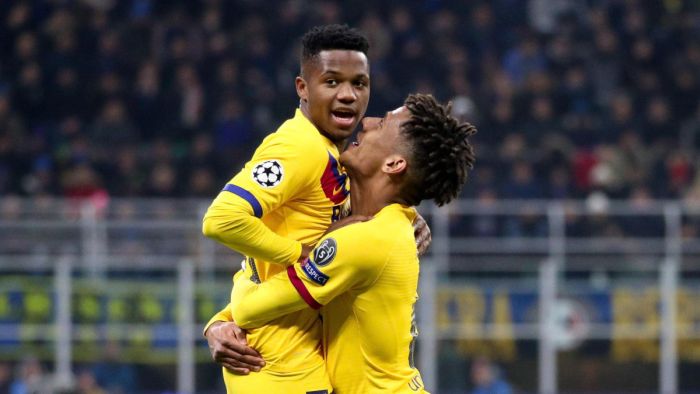 Inter have failed to get beyond the Champions League group stage for a second successive season after losing 2-1 at home to Barcelona, with Ansu Fati’s late winner making him the youngest scorer in the competition’s history.

The Serie A leaders needed to at least match Borussia Dortmund’s result against Slavia Prague due to being level on seven points before the game, but the Germans emerged 2-1 victors to secure their progression as Inter were made to rue their own wasteful finishing.