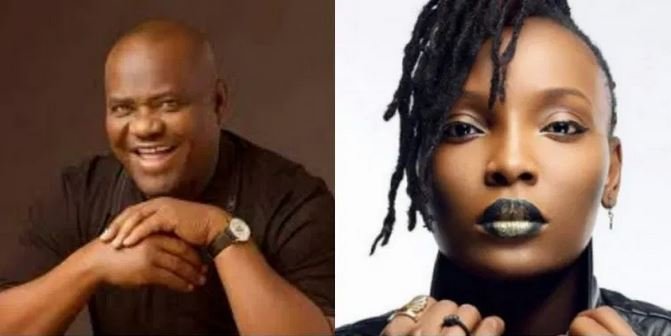 There is no doubt that Nyesom Wike, Rivers State Governor, is certainly a no nonsense man as his actions have shown severally whenever he wants to act.

But many people did not know that he is also a good dancer, until DJ Switch played at the ongoing BBNaija Lockdown on Saturday.

She sets everyone dancing frenzily, but one person who was watching the whole show with his family was governor Wike.

After the show, Wike took to twitter to express how he felt after the performance, saying he was greatly impressed by what DJ Switch did.

According to him, he and his family danced for two hours to the rhythms of the songs non-stop

“This DJ switch has my whole family up and dancing nonstop for two hours. This is talent, i am impressed big time,” he tweeted.

This DJ switch has my whole family up and dancing nonstop for two hours. This is talent, i am impressed big time! #BBNaija #BBNaijaLockdown

Who is DJ Switch?

YOU MAY ALSO LIKE  Edo 2020: “Obaseki Doesn’t Deserve Your Votes, Reject Him”- Tinubu Tells Voters

Obianuju Catherine Udeh, professionally known as DJ Switch, is a Nigerian DJ, songwriter and musician who emerged as the winner of the first edition of The Glo X Factor in 2013 at the age of 29.

She is the last of eight children, from Udi in Enugu State, a Geology graduate from University of Port Harcourt, Rivers State and now a professional DJ.

YOU MAY ALSO LIKE  Anglican Priest and his son, 10, are kidnapped in Kaduna