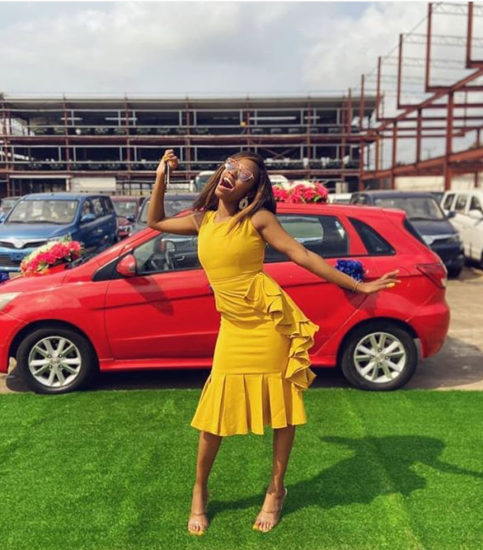 Khafi recieves the N3.85M Innosson car she won on BBNaija

Khafi could not contain her excitement when she received her Innoson IVM Fox car gift worth N3.85 million, from Innoson vehicles.

36ng recalls that she won the after emerging top in the Innoson motors challenge during the ongoing BBNaija Pepper Dem.

She won herself the Innoson IVM Fox car in August and has now gotten the keys about five months after.

YOU MAY ALSO LIKE  Hypertek Presents; Tboiz x 2Baba – “Falling For Me”

“Guess who’s the newest car owner in town?! I finally got my car and I couldn’t be happier!! Thank you so much @officialinnosonvehicles!! I will be calling her “Lady Foxy”

So if you see me drive by, holla at your girl!” 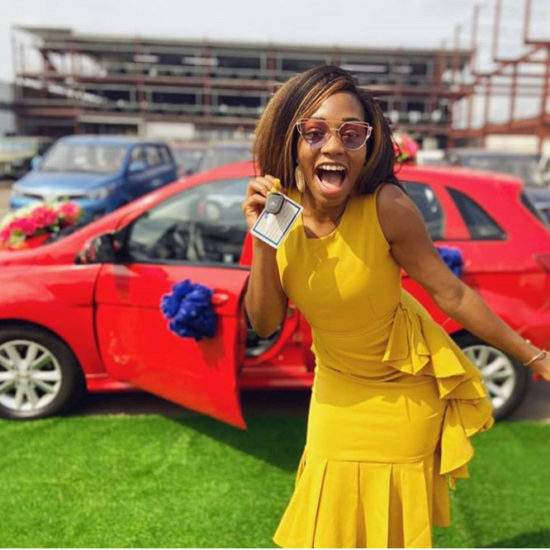 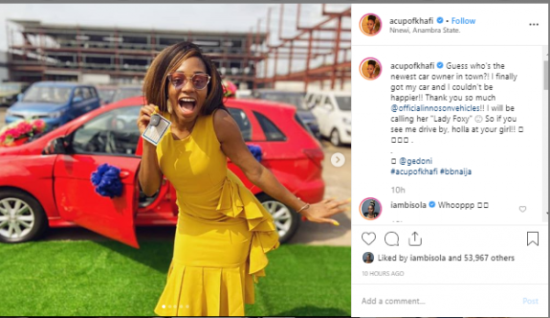