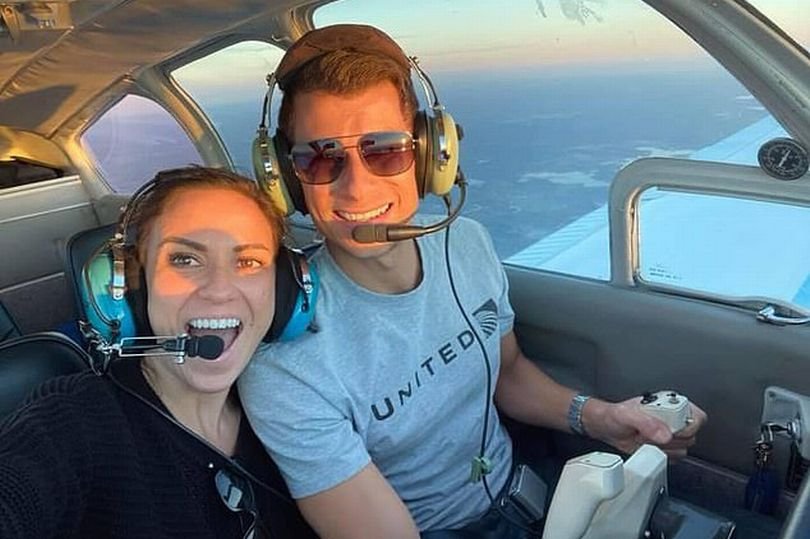 A couple have been tragically killed in a romantic plane crash just four days after their wedding.

Mr Sivyllis is understood to have been flying the Beechcraft Bonanza aircraft at about 1pm on October 5.

The couple, who both worked in the airline industry, had just eloped to Telluride on October 1. They were heading back to their home state of Florida at the time of the crash.

Their heartbroken friends and family, who were following their honeymoon adventures through social media, have paid tribute to the couple.
Ms Vogelaar met her future husband while working in her “dream job” as a flight attendant for United Airlines, where Mr Sivyllis also worked as a pilot and flight instructor.

They had planned to wed in Mr Sivyllis’ home country of Greece but the coronavirus pandemic forced them to change their plans, so ended up eloping with the blessing of their relatives.

Gary Vogelaar was tracking every movement of their plane, which they nicknamed Baby Blue, through an app on his phone.

“Throughout the day I was checking to see if there was any movement on the tracking and it happened to stop just east of Telluride but because she told me prior that it’s not always accurate, I didn’t think anything of it,” he told Fox 17.

YOU MAY ALSO LIKE  Nigeria vs Algeria Head To Head Record

Mum Sandy was getting ready for bed on Monday night when she received the terrible news.

“I saw a Sheriff’s car pull up because my windows were still open and I thought that’s kind of strange, but then he came to the door and he verified who I was and who Lindsey was.”

She learned her daughter had died in a crash just minutes after take-off.

Chillingly, Mr Vogelaar took a ride in the doomed plane just three weeks before the crash, during which his son-in-law told him about their plans to elope.

“Costas said ‘one unique thing about being up this high is I tell you something and you don’t like it, there’s the door, and if you like it, we get a safe landing’,” he said.

“I said okay… he said Lindsey and I are eloping. We’re going to get married in Telluride. Of course I was very happy about that and I didn’t have to jump out.”

He said Lindsey was an adventure-loving people person who accomplished everything she set her mind to.

YOU MAY ALSO LIKE  WICKEDNESS: Man Hacks A Corper To Death After Raping Her | Read On...

“Everyone that came across her just liked her, she was that friendly outgoing type. That’s not just locally here, but throughout the world.”

Meanwhile Mr Sivyllis has been described as “an incredible man” by his friend Ryan McCormick.

“His smile was contagious. His attitude was infectious. And his passion and work ethic were inspiring in every sense of the word.”

The post Heartbreaking Story Of Newlyweds Who Were Killed In Plane Crash Just 4 Days After Dream Wedding appeared first on illuminaija.