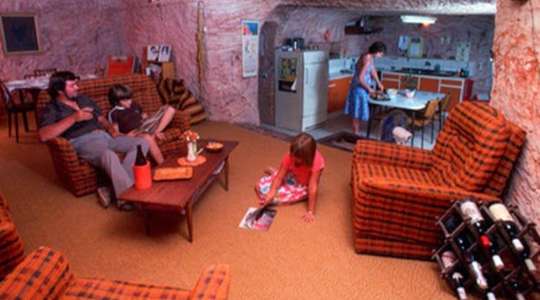 Coober Pedy is located in South Australia, over 1,000 miles from Canberra, the country’s capital city.  The town is referred to as the “opal capital of the world.” 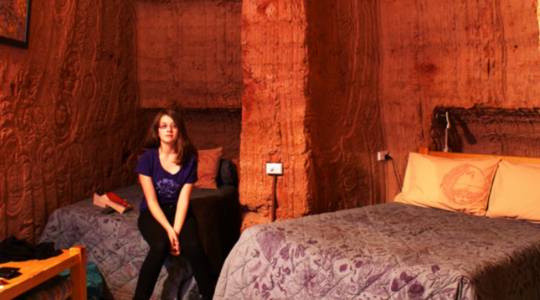 Back in 1915, a 14-year-old boy found a gemstone in the remote South Australian outback. From this discovery, Coober Pedy was born – a remote, fiercely hot place of a few thousand inhabitants today, sustained by its supply of opal and curious visitors.

Coober Pedy (meaning “white fella’s hole in the ground”) was named by indigenous Australians baffled by the early settlers’ preference for living underground – something avoided by the superstitious Aboriginal population but embraced by miners, who liked the cooler, sheltered conditions.

Fortunately, many of the early settlers were former soldiers who’d recently returned from the trenches of World War One and were experts in the art of excavation.

They’ll likely spend most of their lives there, escaping the harsh Australian sun and making their home beneath the Australian Outback. Many turned the mines into makeshift homes to escape the oppressive heat. 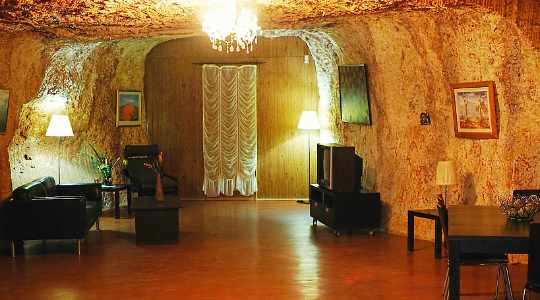 Most residents still live underground. Some dugouts are huge – I was shown around the home of handyman Rod Wells, who has an indoor pool and an underground beauty parlour used by his beautician wife.

There’s even an underground campsite where visitors can turn up and pitch their tent in an abandoned mine.

Alternatively, there’s the Desert Cave Hotel where visitors stay, which offers the darkest, quietest bedrooms I’ve ever known. High ceilings allay feelings of claustrophobia and the temperature hovers around 23C. 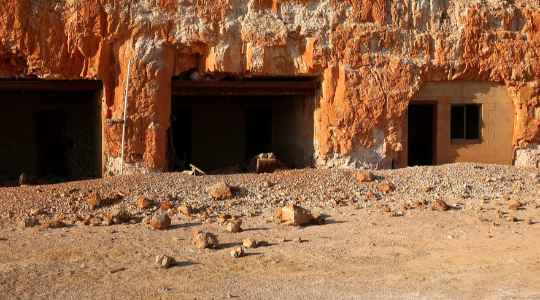 The town is a network of over 1,500 homes all of which are underground. The homes are very comfortable and come complete with amenities found in modern homes.

YOU MAY ALSO LIKE  Watch Burna Boy, Jeremih, and Serani’s chromatic new video for “Secret”

Only the kitchen and bathrooms of each dwelling are located aboveground, just around the home’s front door, because there’s no underground sewage.