A student of the University of Ghana who ostensibly has contracted HIV is going around on a sex spree on campus spreading it.

Screenshot of the HIV positive student’s chat on the Jodel app is currently circulating online.

In his chat, he details how he contracted the virus and his twisted reason for spreading it on the University of Ghana campus.

He explained that a lady at the African Union Hall famously known as the Pentagon Hostel infected her and he has since been returning the favour by infecting others.

His message read, “I eat some Twitter girl rydee for Evandy (name of a hostel). she tell ein boy for hostel say she dey go SU all night. Go and get tested brother. Same excuse one girl gave to her BF to just come see me. I’m positive now. Me I get AIDS already I give am. Adey spread am for campus cos some pent girl take gimme.”

YOU MAY ALSO LIKE  Trending: Tinubu & Atiku Meet at Abuja Airport and it’s got people talking 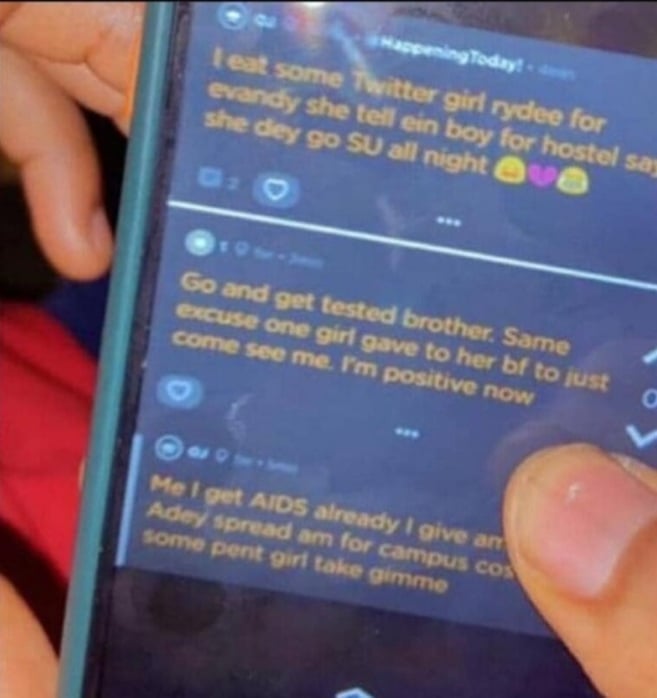 The students engaging in the conversation are yet to be identified but their conversation has garnered lots of reactions on social media.

The post HIV Positive student of Ghana University gives reason for spreading it on campus appeared first on illuminaija.