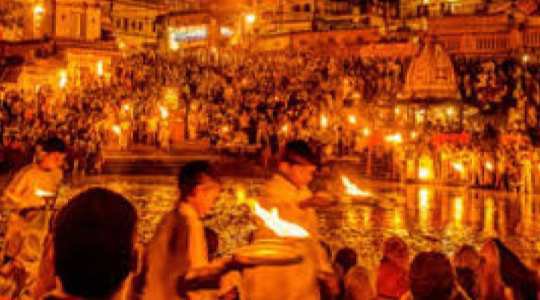 This Hindu festival takes place 15 days after Diwali on the banks of the Ganges. The rituals include taking a holy bath in the river and offering oil lamps both on and by the river.

On this auspicious day, a large number of devotees come together to take a dip in the holy Ganges. They pray to the goddess Ganga and offer flowers and light clay lamps or diyas in the evening. 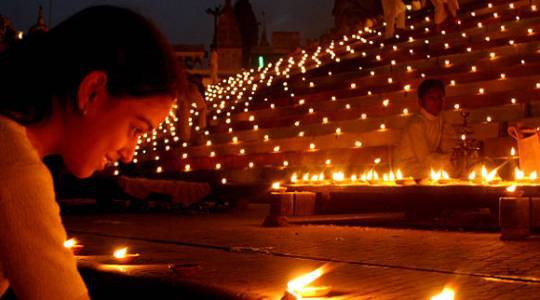 This act of offering lit-up lamps to the Ganga is called Deepdaan. As the sun goes down, every single step of the staircases at Varanasi ghats glitter with thousands of diyas, which look absolutely gorgeous.

Besides the ghats, all the temples in the city are also beautifully lit by the lamps.  Dev Deepawali in Varanasi is an experience worth remembering.

During this celestial manifestation, every corner of the city comes alive with bright colors and glowing diyas. It looks like stars have fallen down on the Earth to make the city all the more beautiful.

People are also of the view that on the day of Dev Deepawali, all the Gods descend to Varanasi to bathe in the Ganga River, a fact that makes this festival extremely popular.

The main ritual of this festival involves taking a bath in the Ganges also called ‘ kartik snan’ and performing deepdan to the river goddess in the evening. 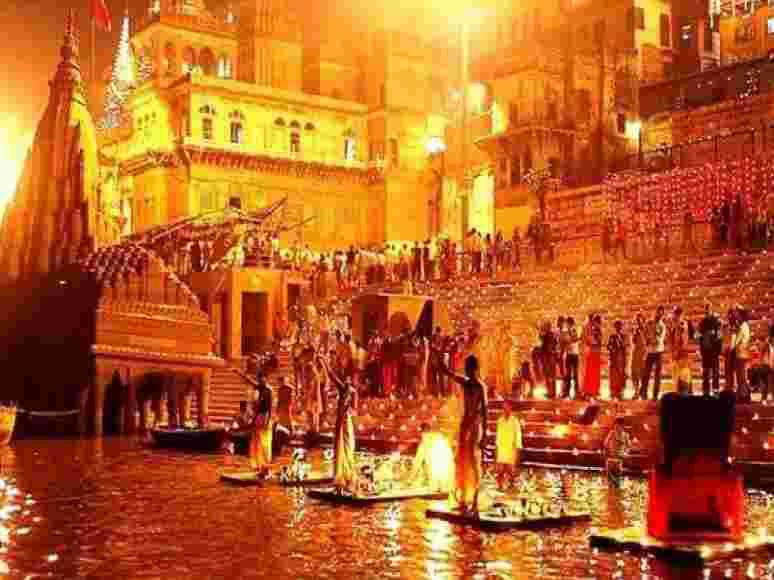 Later, the famous Ganga aarti of Varanasi is performed on the banks of the river in the evening, which is a spectacular spectacle! Pilgrims, travelers, and tourists from all across the globe flock the city during this period to experience the grandeur of the festival. 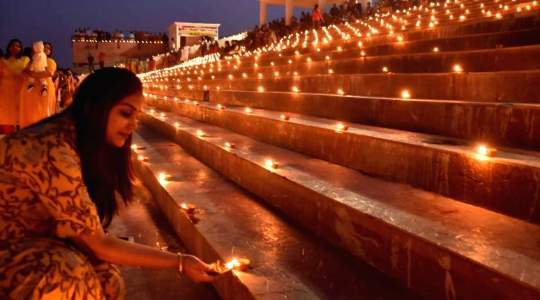 Besides being a significant religious festivity, Dev Diwali is also the occasion when the city remembers the martyrs. The Ganga Seva Nidhi organizes a program during this time, wherein wreaths are laid at the Amar Jawan Jyoti on the famous Dashashwamedh Ghat.

This is followed by a closing ceremony performed by the Indian Army, Navy, and Air Force officers; the Bhagirath Shourya Samman awards are also conferred later on.

YOU MAY ALSO LIKE  RCCG Pastor Asking Church Members For £2,000 Sacrificial Offering Now Under Fire 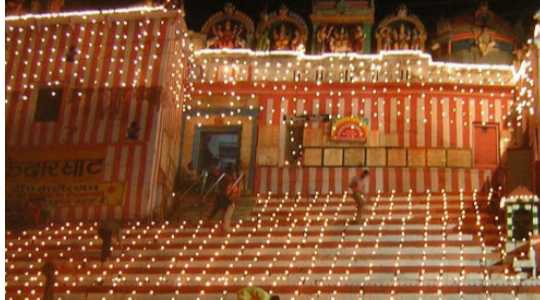 Apart from the aarti at the Dashameshwar Ghat, all buildings and houses are lit with earthen lamps. Nearly 100,000 pilgrims visit the riverfront to watch the river aglitter with lamps. The aarti is performed by 21 young Brahmin priests and 24 young women.

The rituals involve chanting hymns, rhythmic drum beating, conch shell blowing, and brazier burning. Boat rides (in boats of all sizes) along the riverfront in the evening are popular among tourists when all the ghats are lit with lamps and aarti is being performed.

The post HOLY BATH!! See This Place In India Where Performing Holy Bath Rituals And Offering Oil Lamps Is A Big Ritual! appeared first on illuminaija.

Video of Okomfour Kwadee cruising in town with girlfriend after rehab