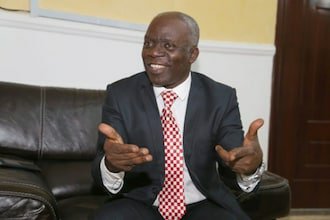 Femi Falana, a human right lawyer, has received the document of the Shar’ah court verdict sentencing Yahaya Aminu Shariff, a 22-year-old singer, to death in Kano state over blasphemy.

Babajido Ibrahim, spokesperson of the Kano state judiciary, made this known on Thursday, September 3, weeks after the singer was slammed with the judgement that is still drawing controversy.

Ibrahim said that certified copies of the verdict have been handed to the Falana’s representative on Wednesday, September 2, in Kano to enable the human right lawyer appeal.

The Kano judiciary spokesperson made this disclosure with less than seven days to the end of 30-day ultimatum Shariff was given to appeal the judgment.

“The judiciary received a request from Mr Femi Falana’s representative on Tuesday and certified copies of the judgment were made available to him on Wednesday,’’ Ibrahim said.

YOU MAY ALSO LIKE  RCCG Pastor Asking Church Members For £2,000 Sacrificial Offering Now Under Fire

It would be recalled that in what generated a ripple of controversies, polarised opinions and led to outrage, an upper Shari’a court in Kano sentenced Sharif to death by hanging over allegations that he insulted Prophet Muhammad.

In a verdict by Khadi Aliyu Muhammad Kani of the Shariah court sitting at Hausawa Filin Hockey, the 22-year old singer was found guilty of blasphemy with the judgement stating that he composed a song in which verses were allegedly said to have been attributed to the prophet.

The 22-year-old singer was also said to have circulated the insensitive song via WhatsApp in March 2020.

YOU MAY ALSO LIKE  Xenophobia: Another Nigerian Killed, 2 Others Injured By Unknown Gun Men In South Africa

The post Hope rises for Kano singer sentenced to death as Falana set to appeal, receives document of verdict appeared first on .

Schools to reopen in Adamawa state on October 12