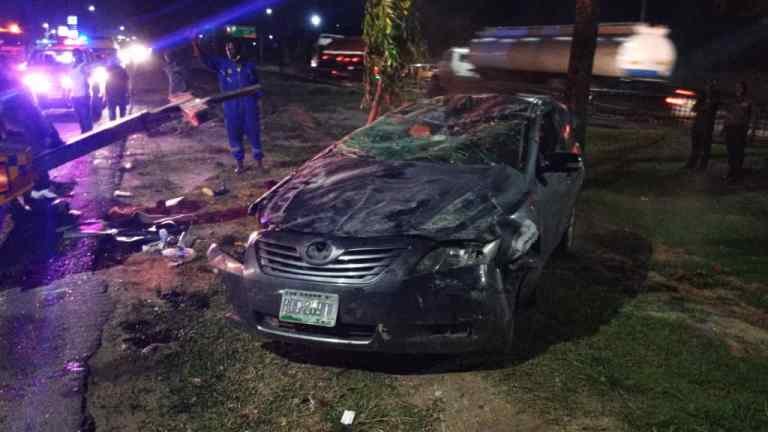 According to Vanguard, bystanders in Lagos, Tuesday, reportedly rescued two accident victims in a lone accident.

The victims who were a female and male adults were said to be occupants of a Toyota Corolla before the incident occurred at about 10.23pm at Alapere inward Ogudu.

They have since been taken to an undisclosed hospital.

Details of the accident involving a Toyota Corolla with number plate BDG 269 DL could not be ascertained at press time but the Public Affairs Officer, Lagos State Emergency Management Agency LASEMA, Nosa Okunbor said the victims have been rescued before his team arrived the scene just as it was gathered that the victims were critically injured.

YOU MAY ALSO LIKE  Edo election: After APC’s defeat, Buhari meets Buni, Ganduje behind closed doors

He said, “The victims had been taken to an unknown hospital by the bystanders before the arrival of the Response team,” he said.

Though the incident hampered free flow of traffic in the area, but as at the time of filing this report, normalcy had returned to the area. He said,
“The car had been recovered off the road with the aid of the Agency’s light tow truck”