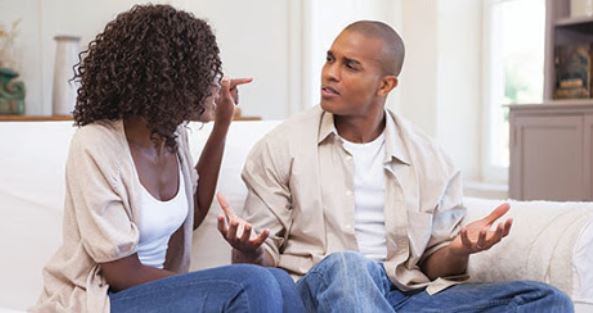 Everyone is selfish to a certain extent. While normal levels of self-love, self-value and self-confidence are important for people to function well, there is a line between these characteristics and being a little too self-absorbed, arrogant or just plain narcissistic.

For example, some people are always trying to make others believe that their own world is the better one, while others will always cut you short and try to air their grievances when you wish to air yours. Yet others can talk for hours about themselves, making you feel like you are of lesser importance.

These selfish people love the idea of all for one—only when that one is them. They will dislike and devalue you if you don’t buy into their misplaced “superiority.”

If you’ve met someone very selfish or perhaps have a friend or partner who’s selfish, here are some concrete ways you can deal with them.

Accept that they have no regard for others
The first piece of advice for dealing with selfish people is to be real with yourself. Accept that the self-centered person might never consider your needs first. As much as this friend or lover means to you, know that they have no regard for others’ feelings or welfare. They can have moments of generosity and charm, but for the most part, they simply lack the skill or willingness to be thoughtful and considerate. This knowledge will give you a clear understanding of where you stand in the relationship.

2. Give yourself the attention you deserve
Selfish people are emotional pirates. They crave for your attention, but don’t give you any. To avoid being wrung dry of emotions, give yourself the attention you’ve been giving the emotional pirate. For example, if there is any discomfort in your physical appearance, head to the barber or boutique and improve it. This is called meeting your own needs, and it’s a great way to boost your ego and pirate-proof your life. Ignoring your needs to pour attention and energy into a self-absorbed person isn’t virtuous. It only sets you up for being emotionally drained and hurt.

3. Stay true to yourself—don’t stoop to their level
Selfish people can push your buttons and make you feel like pulling out their hair—don’t do it. Don’t play into their game or engage in behavior that is beneath you. Just be true to yourself. It’s difficult to be kind to a self-centered person who is brutish or unkind to you, but becoming like them doesn’t help things. Alleviate any feeling of anger you may have towards them by focusing on the person you are and resolving to continue being that considerate and loving person that you know you are.

4. Remind them that the world does not revolve around them
A self-absorbed person may be so caught up in herself that she forgets to consider your thoughts or feelings. She might just need a little reminder that the world does not revolve around her. Speak up and tell her as much without coming across as if you are attacking her. For example, instead of throwing a tantrum and screaming, “You never listen to me; you always make everything about you,” try saying,”I really need to talk to someone about something bothering me. Would you be willing to listen to me?”

YOU MAY ALSO LIKE  SO SAD!! Couple Die In Auto Crash, few Weeks To Their Wedding

5. Starve them of the attention they crave
This is a powerful strategy to deal with extremely selfish people who refuse to regard others. The trick is to be civil but never offer the attention the self-absorbed person craves. It works by limiting your words to bland, noncommittal comments with them. For example, instead of saying, “You poor thing, he did that to you?” say, “Yeah, that’s life.” It will baffle and throw them off balance for a while. Remember, attention is your treasure. If you don’t give it to them, they will most likely scamper away.

The post How to deal with selfish people appeared first on illuminaija.