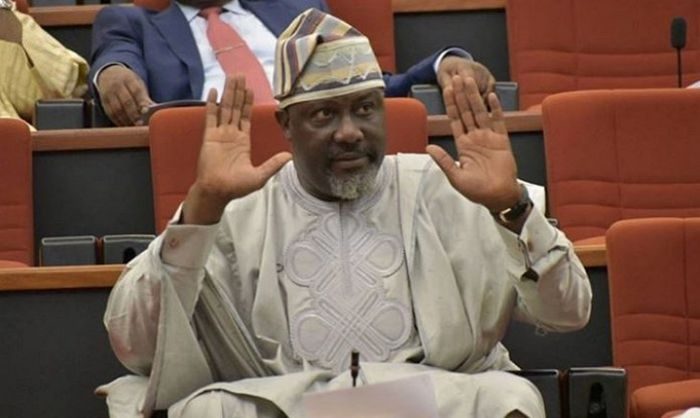 Dino Melaye, candidate of the Peoples Democratic Party (PDP) in Kogi west senatorial district rerun election, has revealed that he is better than Yahaya Bello, governor of the state in bed.

Melaye said this during one of his campaign rally in the state.

The lawmaker was sacked recently by an appeal court, which ordered a fresh election in the senatorial district.

Speaking to a crowd of supporters, Melaye said,

“I want to assure you the kind of development we have not seen before, salary payment is compulsory, paramount, mandatory and a must,”

See the explosive video below:-