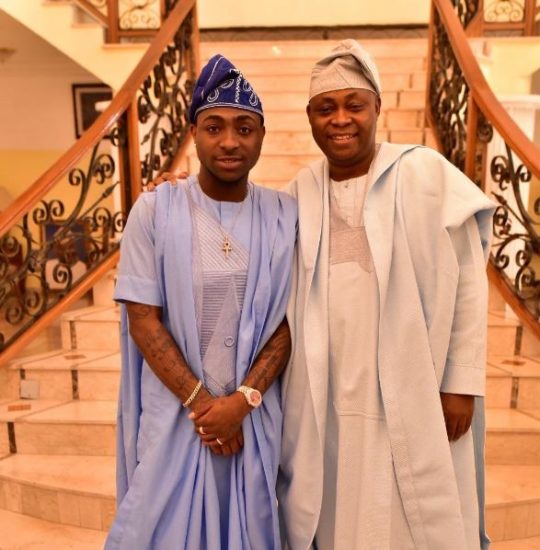 Davido’s father, Adedeji Adeleke is extremely proud of his son, seeing the feat he has achieved in his music career not in Africa alone but around the globe.

The singer’s father penned a piece of writing that praises him highly, after the success of his concert, “A good time”, that held in Lagos few days ago.

Adedeji Adeleke in the long writeup he sent to Davido on his Personal Whatsapp number revealed that he and the rest of the people that turned up for Davido’s show enjoyed themselves.

On the 27th of December, Davido lit Lagos with his ‘A Good Time’ concert that was much talked about the day after the show.

The post “I am proud of you” – Davido’s dad pen a piece of writing that praises him highly appeared first on .