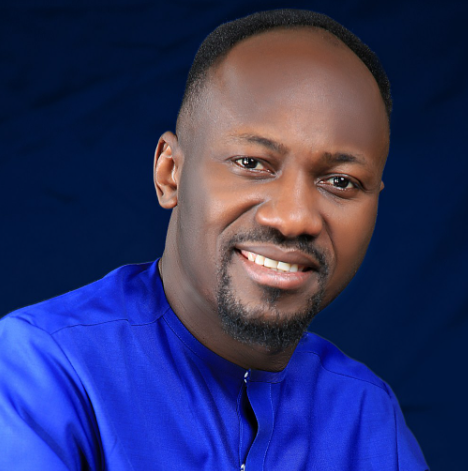 Apostle Johnson Suleman has said that he is confident that Nigeria doesn’t have a President.

Taking to his Twitter handle this morning, the clergy man wrote;

”In same climes,the president by now would had gotten the contacts of the victims families and reached out to them personally. but 48hrs after a black tuesday, President Buhari hasn’t even addressed the nation.h e hasn’t come out to condemn it. I can confidently say we dont have a president. 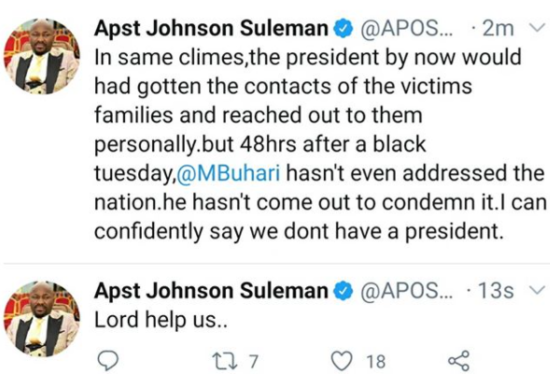 The post I can confidently say we don’t have a president – Apostle Johnson Suleman appeared first on .