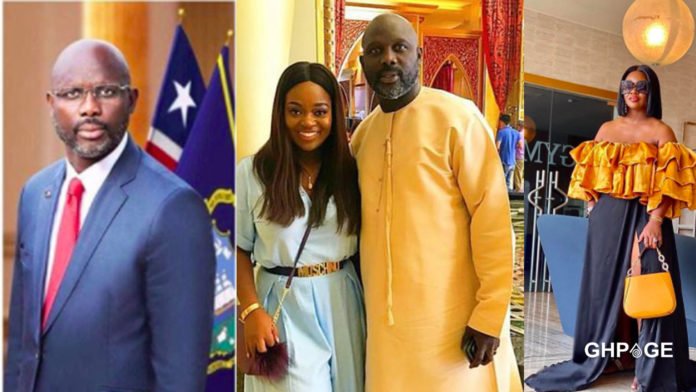 Social media was awashed with rumours of Jackie Appiah’s pregnancy and her alleged relationship with the current President of Liberia, George Manneh Oppong Weah.

It came out that the respected actress and entrepreneur is pregnant and will soon be expecting to deliver a baby in a few months to come, a report by some certified by ‘social media doctors’.

After the news went widespread, some concerned social media users started to ask questions as to who is the lucky man that has got the actress pregnant.

In the thick of raising questions of who is Jackie Appiah’s man by some social media users, Abba The Great, an undercover Instagram blogger in a post revealed that the celebrated screen goddess is pregnant for George Weah.

Apparently Abba The Great’s claims might have resurrected after Jackie Appiah once posted a photo of herself with the president congratulating him when he won his elections. 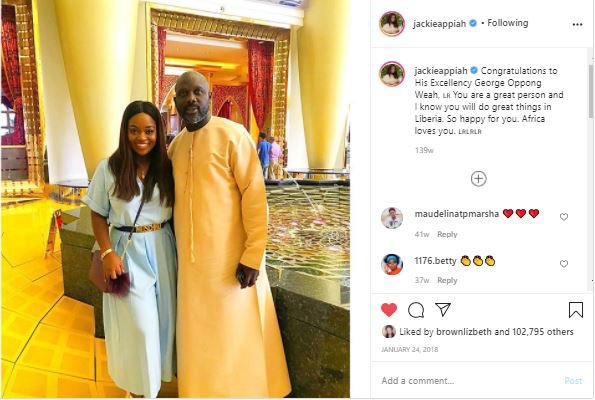 Jackie Appiah has reacted to the rumours gone rife on social media. Addressing the issue the beautiful movie-star shot down claims that she’s pregnant and having any relationship with the Liberian President.

Jackie Appiah made these statements whiles speaking with Sammy Kay at the naming ceremony of the newly born baby of Ghanaian blogger-Nkonkonsa and his wife, Victoria Lebene.

YOU MAY ALSO LIKE  American Comedian, Micheal Blackson Expresses Shock as Davido Enters America Despite Lockdown