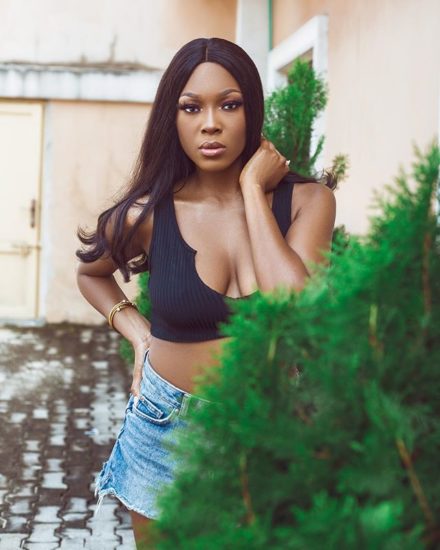 Big Brother Naija 2020 reality TV star, Vee has explained to her fans the reason why she has not been promoting her old songs on her social media pages.

The reality TV star revealed that she has now matured beyond the old sounds she released and  has moved on.

I’ve matured so much musically, emotionally, mentally & spiritually. And so I’ve moved on from the songs I released previously. Just in case you’re curious as to why I don’t promote my old songs. I’ve simply moved on. New sounds coming soon though Red heart 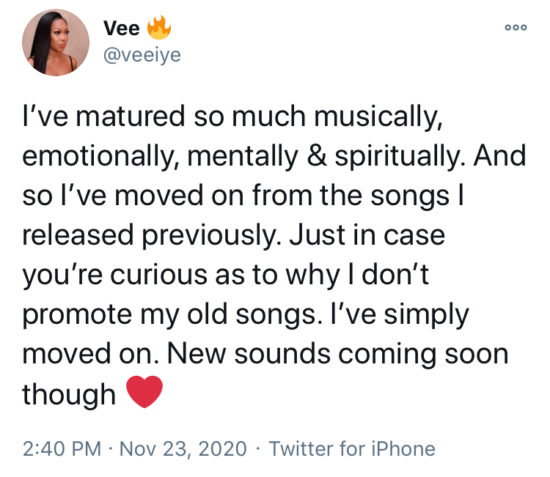 The post “I don’t promote my old songs because i’m now matured beyond the sounds” – VEE appeared first on .