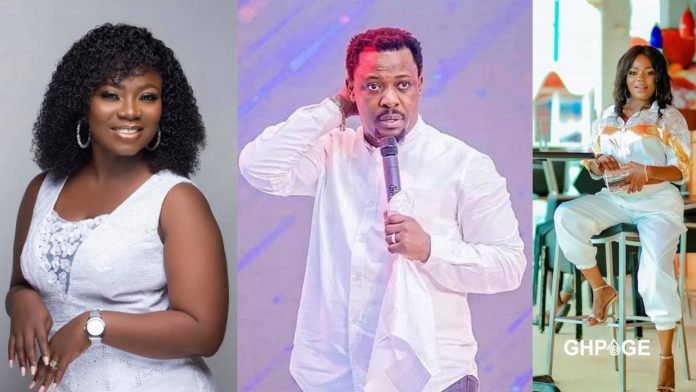 Prophet Nigel Gaisie, the founder and leader of Prophetic Hill Chapel has finally granted the CID invitation concerning an allegation that he told Mzbel that Stacy Amoateng is HIV positive.

According to the statement from Nigel Gaisie to the police, he has never met Stacy Amoateng in person. The only place he sees her is when she appears on television or on social media.

The televangelist claims he has never told Mzbel that Stacy Amoateng is HIV positive so he is definitely not the spiritual man helping her with prayers.

His statement was taken at the Special Investigation Unit (SIU) at the CID headquarters and he was later released.

Mzbel was arrested on Monday, 24th August after over a week of dodging police invitation.

She was invited in relation to a statement she made alleging that Nigel Gaisie on the night he supposedly raped her informed her Stacy Amoateng is HIV positive.

Mzbel explained that Nigel Gaisie further told her he is the man of God who is helping the General Manager of Angel Broadcasting Corporation in prayers to overcome the deadly disease.

At the CID headquarters, her statement was taken where she kept on insisting it was Nigel Gaisie who told her Stacy Amoateng has HIV.

The police have already launched an investigation into the matter.  is keenly following and we will keep you updated.

The post I have not met Stacy Amoateng before and I never told Mzbel she has HIV-Nigel Gaisie to the police appeared first on illuminaija.

I won’t rush on DJ Switch now, I’ll wait till she is 19 – Another guy shows interest