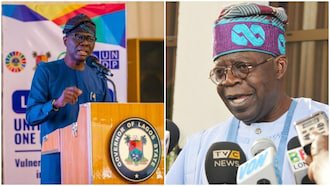 The national leader of the All Progressives Congress (APC), Asiwaju Bola Ahmed Tinubu, has reacted to the plan of the Lagos state governor, Babajide Sanwo-Olu, to abolish pension package for former governors and their deputies.

The APC leader commended Governor Sanwo-Olu over the plan, adding that he “wholeheartedly” supported him.

Tinubu who is a former governor of Lagos made this known in a thread of tweets posted via his official Twitter page on Wednesday, November 11.

He called on other APC loyalists to support the Lagos state governor as he made the important move.

YOU MAY ALSO LIKE  Those accusing Buhari’s government of corruption are petty – Senate President, Ahmad Lawan

The APC chieftain also congratulated Governor Sanwo-Olu on the successful presentation of the 2021 budget proposal before the state’s House of Assembly. 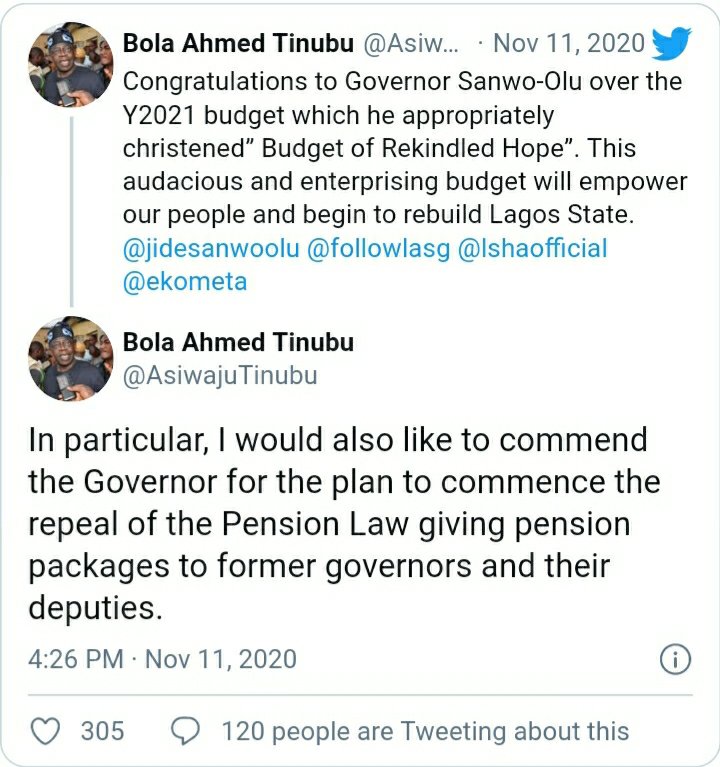 “In particular, I would also like to commend the Governor for the plan to commence the repeal of the Pension Law giving pension packages to former governors and their deputies.
“This is a bold and courageous move by Mr. Governor and I wholeheartedly support him. I encourage all APC loyalists to do the same.”