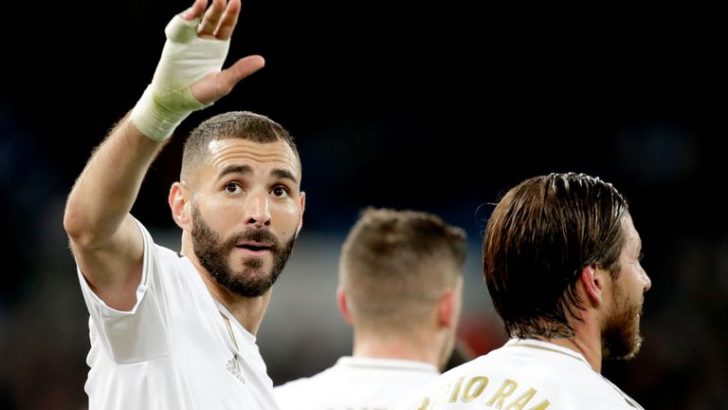 Karim Benzema’s international career with France appears to be over after he requested to be allowed to play for another country he is eligible for instead.

Benzema was suspended indefinitely from the France squad in December 2015 after being charged with conspiracy to blackmail team-mate Mathieu Valbuena over a sextape, but French federation president Noel Le Graet said in October 2016 that coach Didier Deschamps was free to call him up again.

La Graet has changed his stance, though, insisting on Saturday that Benzema – who remains without an international appearance since the Valbuena affair – is not part of France’s plans and the “adventure is over with the French national team”.

YOU MAY ALSO LIKE  MISSION IMPOSSIBLE! Frank Lampard Reveals How He Will Replace Almighty Hazard

Real Madrid striker Benzema, who has been in fine form this season, issued an immediate response on social media, taking aim at La Graet, while offering a way out.

“Noel, I thought you weren’t interfering with the coach’s decisions!” Benzema wrote on Twitter. “I want you to know that I and I alone would end my international career.

“If you think I’m finished, let me play for one of the countries that I’m eligible for and we’ll see.”

Benzema was born to Algerian parents but, in 2006, turned down the chance to represent the African nation and, given he has played competitive matches for France, a change of allegiance will be difficult.

Betting Tips: Weekend Games That Can Bring You Extra Money

Is it Real Madrid’s time?