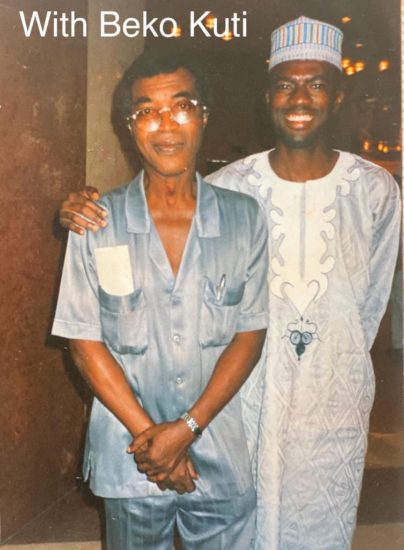 Reno Omokri has revealed that when he was 23-years old, he plotted the overthrow of late General Sani Abacha.

The former president Jonathan spokesperson made this revelation on Twitter

“Somebody said when I was a youth, I was also focused on #BBNaija. This is me with Beko Kuti. At the age of 23, I was plotting Abacha’s overthrow. I went round Lagos bus stops dropping anti Abacha leaflets. You see this my face, it received SLAP from @PoliceNG! 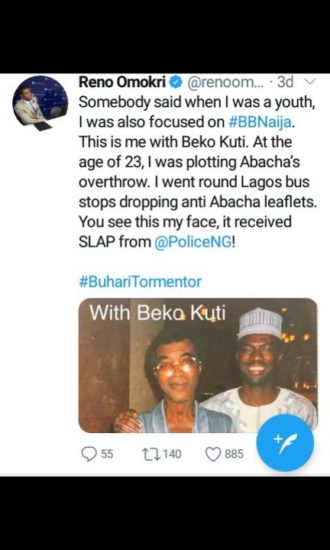 The post “I Was Plotting Abacha’s Overthrow When I Was 23” – Reno Omokri Shares Throwback Photo appeared first on .