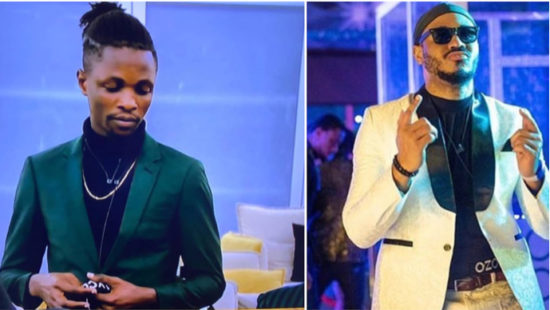 With just a few weeks left to the end of the Big Brother Naija (BBNaija) Lockdown season, housemates who are still in the house are seriously gunning for a spot in the grand finale.

During this week’s nomination process, Laycon, Trikytee, Dorathy and Ozo were put up for possible eviction, and Laycon has now given his reasons for nominating one of the housemates.

Recall that Big Brother introduced a new method of nomination that saw housemates being split into groups and nominating two members of individual groups for possible eviction.

Laycon had been paired alongside Vee and Trikytee. After moments of deliberation, they ended up nominating Ozo and Dorathy as housemates that may possibly be kicked out of the house come Sunday.

While discussing his group’s choice with Big Brother in the diary room, Laycon explained that Ozo was an option for him because he is a competition.

Laycon explained that he wouldn’t want to compete with Ozo in the finale and would only do so if he has some sort of advantage over him.

He said: “I wouldn’t want to come up against him in the finale. And even if I’m going to, I’d like it to be a way that I still have an advantage which means he would run through this whole eviction process.”

For his second choice, Laycon said he would have opted for Neo because he has survived nomination for about three weeks.

The post I wouldn’t want to be up against him in the finale – Laycon says about Ozo as competition gets tough appeared first on .