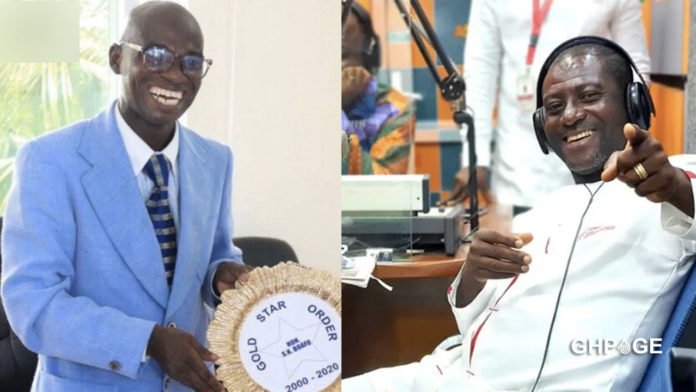 Radio host Captain Smart after all the humilation Dr. UN has brought to his hard-earned reputation and that of Angel Broadcasting Network is of the view that he would gladly receive another fake awards from him.

Dr. UN real name Kwame Fordjour has been under several bashing on social media after he awarded some top personalities in the country with fake UN awards.

After he was exposed, the celebrities who shared the photos of the awards on their social media page decided to delete and state how they fell for the scam.

But the host of “Anopa Bofo’ on Angel FM and TV who happens to be one of the people who received the award in his response stated that he is ready to take another award from the scammer.

According to him, the fake UN awards is resting in his room and he has no plans of throwing it away just like what others have done to theirs.

He said: “Yes, I took the award. It is in my room. I am happy I took it. There was nothing written on it to say it is UN-accredited. I dare those with proper award schemes to bring theirs. Mine is in my room. I love it.”

Davido reacts to rumor that he slapped Rema during #BBNaija finale