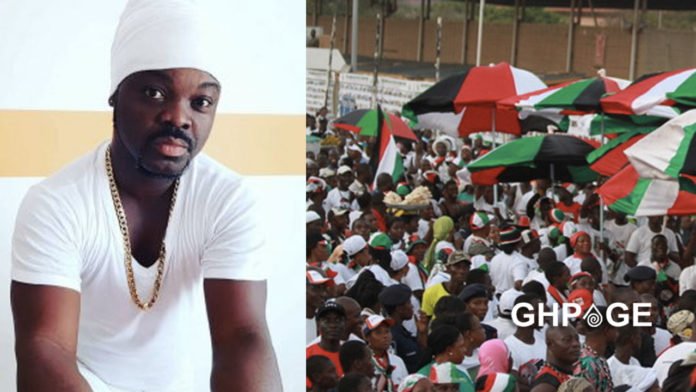 Musician Barima Sidney who has over the years been noted to be someone who always drops controversial songs has revealed that he will still go ahead to drop the visuals for his ‘Papa No’ song.

It would be remember  that in the wake of the banter between Mzbel and Tracey Boakye a new term popped up which is ‘Papa No’.

According to some people, the ‘Papa No’ that the two ladies are referring to is the flag bearer of the National Democratic Congress (NDC) John Dramani Mahama.

Well, the musician has plans to release the official video today but some people from the NDC have placed an injunction to prevent the video from coming out.

But according to Barima Sidney his song has anything to do with John Dramani Mahama and he would still go ahead to drop the video to his song.

He explained that he got an inspiration from the fracas that ensued between Tracey Boakye, Mzbel and Kani Gloria but the character in the song was not the ‘Papa No’ they talked about in their conversations.

He concluded that he is yet-to-be served with the suit and until he receives that, he would release the video later today.

The post I’ll still go ahead and drop ‘Papa No’ music video despite all that is done to prevent it– Barima Sidney appeared first on illuminaija.