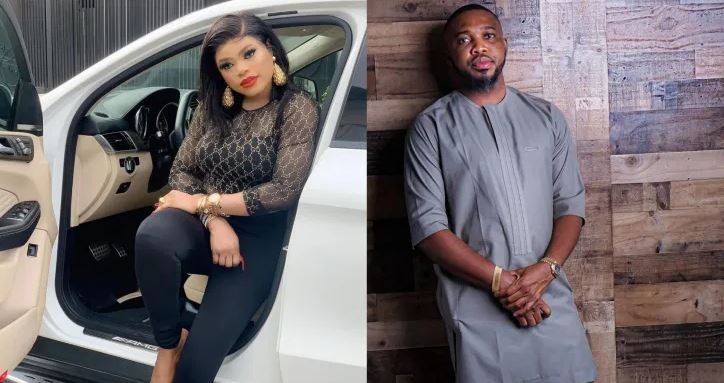 Nigerian car dealer, Chidi in his response to controversial cross-dresser Bobrisky, has said it is better to be a yahoo boy than being gay.

The Lagos socialite had called out Chidi for allegedly chasing clout after he promised Erica a sum of N2 million and a car.

It all started when Erica’s management called out the car dealer for failing to live up to his promise.Chidi revolted and claimed that the disqualified housemate and her team were ungrateful, adding that they won’t go far in life if they continue with their attitude.

It is in the wake of this that Bobrisky called Mr. Chidi a ‘broke yahoo boy’ and labelled his promise as an “audio promise”.

Chidi, who seems to have a very quick temper has gotten back at Bobrisky. According to him, he would rather be a internet fraudster than be gay, adding that he would deal with Bobrisky anywhere he sees him in Nigeria.

YOU MAY ALSO LIKE  Wizkid x Blaq Jerzee – “Thankful” 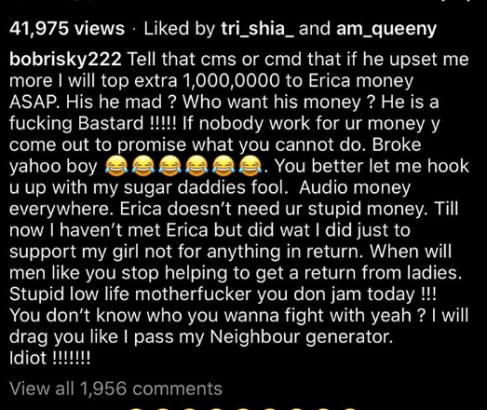 “I have the best auto dealership, it’s better am a Yahoo Boy than to be f*cked 10times on the ass, am literally eating pasta on a lake in Baltimore and that’s probably what you wish for right now. Congrats on men fucking your ass. Mwhile, if I see you anywhere in Nigeria, I will beat you Man2Man”

The post I’m Better Off As Yahoo Boy Than Being Gay – Car Dealer,Chidi Blasts Bobrisky appeared first on illuminaija.

#EndSARS: Mark Angel denies reports that he was beaten up by protesters