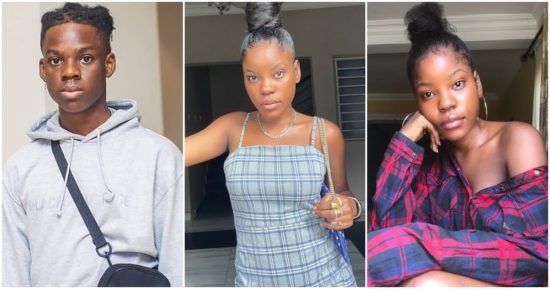 Nimie, the gorgeous lucky female fan singer Rema took out on a date in Lagos as cleared viral misconceptions that she is dating the young rapper.

A few days ago, the Love In The Morning crooner took to his social media page to announce his plans about spending a day with a special fan who is a girl in Lagos.

The singer told his female fans to link up with him as he wants to spoil them. However, he noted that the condition to be chosen was to tag him on their stories vibing to one of his songs called Ginger Me.

Nimie, a 200l physics student at the University of Lagos was lucky to be picked by Rema and they went out on a date.

YOU MAY ALSO LIKE  New Song: Fr Chimaobi – Honey comb | Get It Now

In a new interview, Nimie told BBC pidgin that she is truly a random fan of the star who won a social media contest fair and square to be picked for the date experience

Nimi revealed she participated just like everyone else and became the lucky winner. Watch her video below:

The post I’m not Rema’s girlfriend, I’m single – Lady who Rema took on a date clears appeared first on .