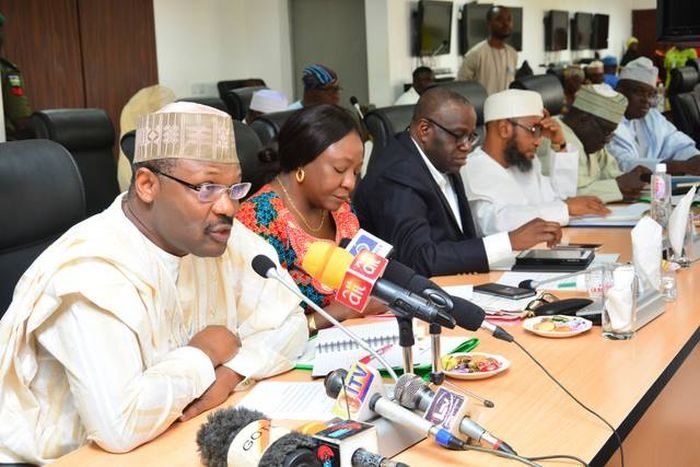 The Independent National Electoral Commission, INEC, has displayed voters register, ahead of the November 16 governorship election in Bayelsa State.

INEC, while disclosing this, said a total of 867,088 registered voters will cast their ballots during the governorship poll.

The INEC National Commissioner, in charge of Bayelsa, Edo and Rivers States, Mrs. May Agbamuche-Mbu, made the disclosure in Yenagoa, the state capital during the official display and presentation of INEC Voter Register to the forty-five political parties contesting the election in the state.

Agbamuche-Mbu explained that the document revealed the number of registered voters in each polling unit, registration area, and local government areas.

YOU MAY ALSO LIKE  Photos Of $8.6 million Customs Seized At Murtala Muhammed International Airport

She said the exercise is, “to enable eligible voters to check their details and know the location of their polling units.”

She also called on the political parties to submit the names of their party agents to the Commission not later than 14 days before the election. PDP stalwart sure of party’s victory in Bayelsa guber poll.”

Also speaking, the Director of Voters Registry in the Commission, Iro Gambo disclosed that a total of 923, 182 voters were registered in Bayelsa after the end of the 2017 and 2018 Continuous Voter Registration, CVR, exercise but only 867, 088 voters were able to collect their Permanent Voter Cards, PVCs.